As practitioner and church leader, Elizabeth Schwartz anchors her life through Christian Science 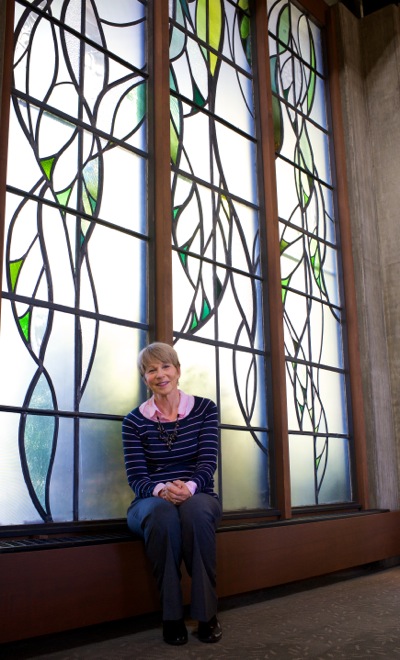 Vocation and avocation converge in the life of Menlo Park resident Elizabeth Schwartz in her dual roles as Christian Science practitioner and First Reader at her local church.

While she was raised a Christian Scientist, she acknowledges that she “made my faith my own while in college.”

“It was then that I recognized that it was the way I wanted to live,” she says.

She works as a Christian Science practitioner, which she describes as “an individual who is actively praying for anyone who asks for help on any question or concerns.”

“I am paid for this work,” she explains. “I bill the clients, and it’s not through the church at all. Practitioners like myself are self-employed.”

Elizabeth is also an active member of the First Church, Christ Scientist, which has been in Menlo Park since the 1950s.  She is concluding a three-year term as First Reader.

“This is an elected position — every adult in the congregation is eligible,” she says. “I am not clergy or ordained in any way. I’m a church member who also happens to be a practitioner.”

“The Sunday service is similar to other Protestant church services but instead of a sermon, we have a Bible lesson made up of readings from the Bible and correlative pages from Science and Health with Key to the Scriptures by Mary Baker Eddy. These are repeated 26 topics that Mrs. Eddy decided upon in the late 1800s.

“Wednesday is a testimony meeting where the First Reader picks the topic as well as the citations from the Bible and from Science and Health, which are read during the first half of the service. The second half is devoted to testimonies from the congregation.”

As her term nears its end, Elizabeth says that she realized going in that Wednesdays would follow Sundays “too quickly”. “You have quite a bit of work to do to get ready for Wednesday evenings,” she says.

What has surprised her somewhat is the amount of spiritual growth she’s experienced. “Again, it’s because Wednesday comes so soon after Sunday,” she says “So I am constantly turning to God for guidance on the topic and citations.

“I do enjoy current events and follow national and world problems. I think, ‘How am I going to pray about that? And is that something our community cares about?’ The spiritual growth flows from constantly turning to God to be led.”