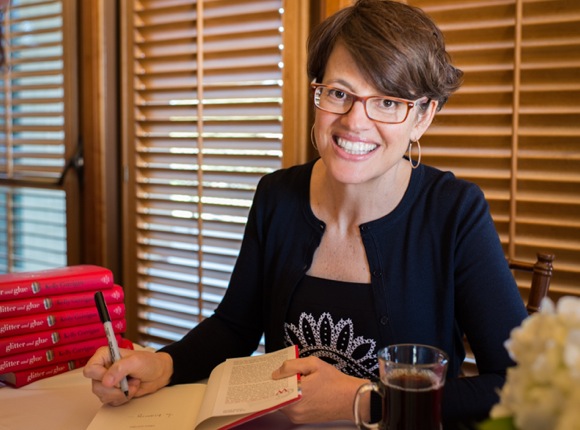 In the midst of a jam-packed book tour that included interviews with The Today Show and NPR’s Anna Quindlen, national bestselling author and Bay Area mom Kelly Corrigan made a special stop in Menlo Park, sharing personal stories from her memoir and shining a light on a new volunteer opportunity with the Children’s Health Council (CHC).

In what’s being called the first CHC Dots event, Kelly’s Glitter and Glue March 18 breakfast and book signing drew 340 guests to the Sharon Heights Golf & Country Club in Menlo Park. “Overwhelming,” is how event co-organizer, Calla Griffith of Atherton, described the turnout. “We sold out in the first week. We originally thought it would be an intimate gathering. It’s pretty incredible.” 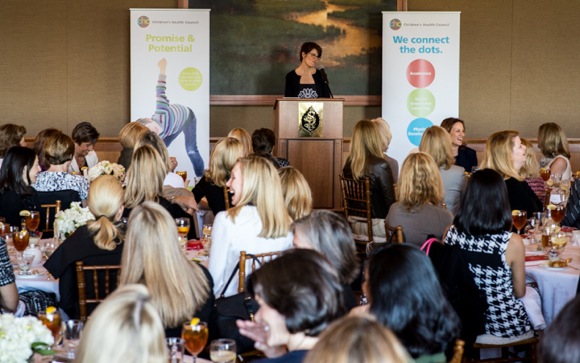 Calla and co-organizer Rahela Abbas referred to the Glitter and Glue event as a “friend-raiser,” an opportunity to let the community know about CHC Dots, a new group chartered to plan fun, inspiring events to help spread the word about CHC, whose tagline is “We connect the dots.”  According to Calla, “We want to broaden the exposure of Children’s Health Council here in our community, especially with the younger demographic. The Dots will be organizing and orchestrating events throughout the year for CHC.”

Located near the Stanford Shopping Center in Palo Alto, CHC has helped over 100,000 Bay Area kids in the last 60 years by believing “there’s promise and potential in each child and working with each family to find that potential.” A personal friend of Kelly Corrigan, Calla recognized a natural connection between Kelly and CHC. 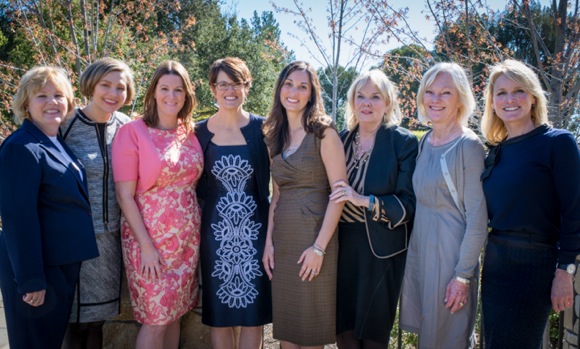 The next CHC Dots event is Rocktoberfest, scheduled for October 18, 2014. For more information on CHC Dots, email Rahela Abbas and Calla Griffith at chcdots@gmail.com.

Happy 1sr Day of Spring-Mar.20,n 2015
Would you be interested in having me share my book “Cough In Your Shirt, Bert!” by Sheralee Hill Iglehart B.S., M.A. on your Library Children’s Health Counsel?

Thank you for your consideration.