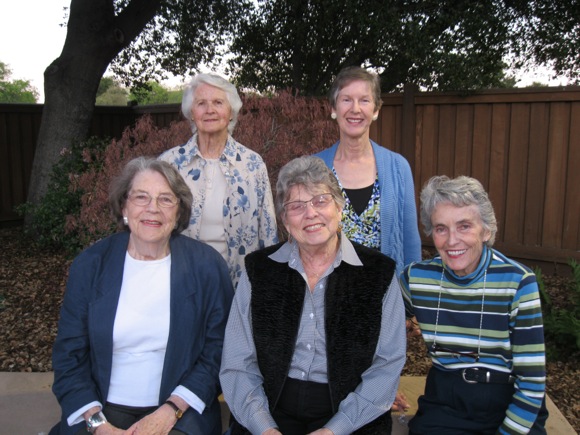 Menlo Art League is calling it quits after 40 years of serving the local arts’ community.

Originally begun as an art club for Atherton and Menlo Park residents in 1973, it became affiliated with the Community Services Division of the City of Menlo Park in 1974 and changed its name to Menlo Art League. Registration as a non-profit organization soon followed.

“We’ve had a marvelous run,” said President Beverly Balanis. “But aging has caught up with us. None of our younger members want the ongoing responsibility of running the organization. Our current Board members are all over 80 except for the treasurer.”

Over the past 40 years, MAL has provided its members with monthly meetings of demonstrations by well known Bay Area artists. In addition it has had workshops, plein air paint-outs, and various exhibition opportunities.

A highlight the past several years has been the Annual Exhibition which is juried for prizes by prominent Bay Area artists or museum curators and held in the Community Room of the Menlo Park Library. Other exhibition opportunities were held at two banks, two travel agencies, a real estate office, the Atherton Library, Menlo Park Recreation Center, and more currently, Allegro Art and Frame in Portola Valley and the Plantation Café on the Alameda.

After a successful fundraiser in 1997 of “Artists in the Garden” featuring painters in five gardens in Atherton and Menlo Park, the League was able to provide more than $10,000 in scholarships to deserving seniors talented in art graduating from Menlo-Atherton and Woodside High Schools.

The final two meetings of Menlo Art League will be a demonstration in oils by Mark Monsarrat on May 14 and a watercolor demonstration by Jane Ferguson on June 11. Both meetings are at 7:30 p.m. in the Arrillaga Family Recreation Center (Menlo Park Civic Center) and are open to the public.