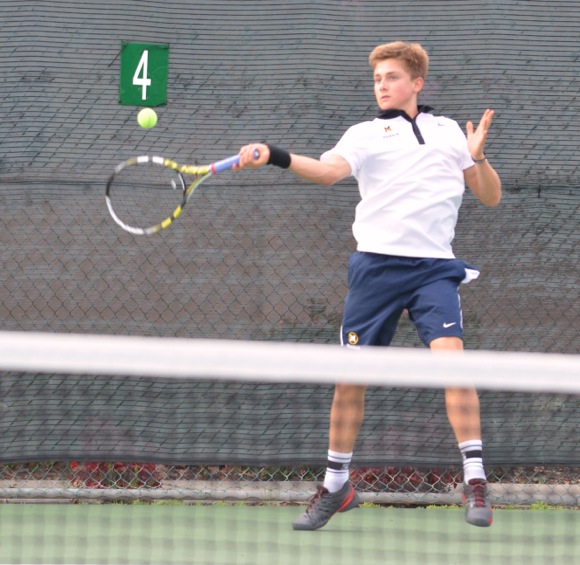 The Menlo School boys’ tennis team is closely tracking its aces this year — and not for statistical reasons. The Knights are holding their inaugural Menlo School Ace-athon, a season-long benefit for East Palo Alto Tennis and Tutoring (EPATT).

Menlo players will be gathering sponsors — from friends to family to businesses to the community — to pledge per ace or give a fixed donation of any amount. The goal is for the overall team to serve 100 aces (or more) during their 18 regular matches, and up to 10 postseason events.

Sophomore singles player Lane Leschly (pictured top and at bottom with coach Bill Shine) spearheaded the idea, conceived on a holiday break from school. “I was trying to think of some cool things to do with the team to bring some energy in and find a way to give back to the community,” he said.

Lane has toured EPATT with executive director and tennis director Dave Higaki and his mom, who has been involved with the program in the past. “We got to see all the programs, and it struck me then that we should support that cause,” he said.

EPATT is an afterschool program that provides youth development for students who are from local under-resourced communities. Since 1988, EPATT has been using academic tutoring, group tennis instruction, parent education and accountability to help students “make success a habit.” 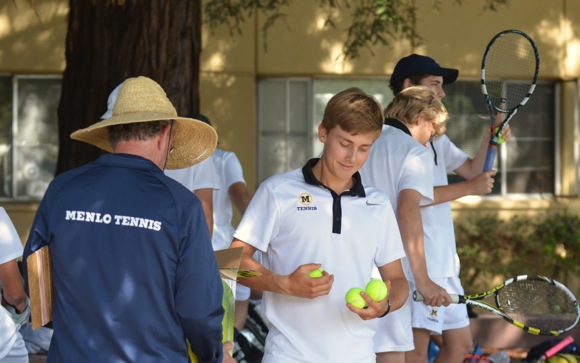 For the Ace-athon, every Menlo player will have an index card with opponent and date so every ace will be tallied for each match. At season’s end, the aces will be counted and the players will collect pledge donations to give to EPATT.

Higaki said the ace-athon goes far beyond the monetary contribution. “That the younger students are engaging and giving back to the community is such an exciting thing.” he said. “It’s just awesome to see.”