Kids and parents turn out for annual Are You In? run in support of Menlo Park schools 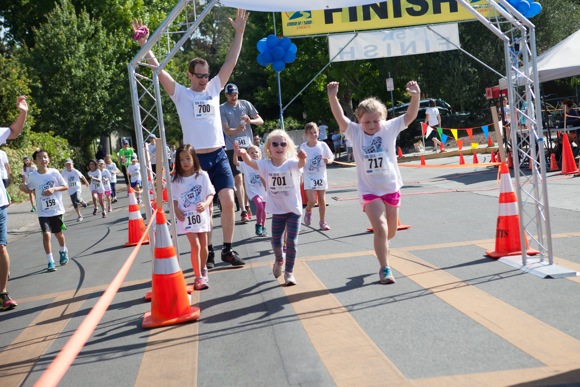 The second annual Are You In? run for education was held this morning in west Menlo Park. Proceeds supported the Menlo Park City School District and the Menlo Park-Atherton Education Foundation. 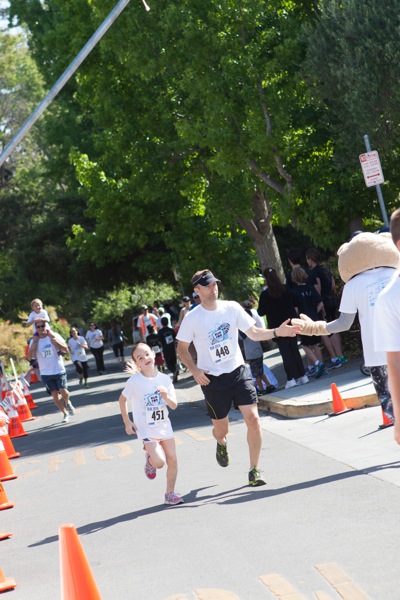 The race was held for the first time last year, building on 18 years of success of the Oak Knoll Otter Run.  This year there were 1,400 participents, including kids and parents from all the MPCSD schools – Laurel, Encinal, Oak Knoll, and Hillview.

In addition to recreational runners, participants included men and women who race on a more competitive level, including first place finishers in the men’s and women’s division, Ahmet Gokcek (age 46) of Palo Alto (17:39 minutes) and Marina Nagy (age 43) of Menlo Park (20:50 minutes).