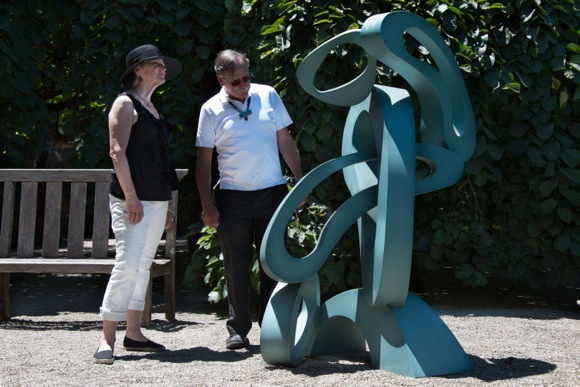 There’s a special group of visitors at Filoli this summer — a variety of sculptures by local artists scattered amidst the gardens, courtyards, terraces, and fields. The exhibit, totaling about 125 pieces, is on display through Sept. 7.

The inspiration for the sculpture exhibit was the 2013 Flower Show. Jeff Owen was asked to bring 15 to 20 pieces to place in the garden. Filoli Manager of Horticultural Collections Jim Salyards and Filoli docent Suzanne Legallet (pictured below) worked with Jeff to place the pieces from the front courtyard all through the garden to the High Place.

“When finished, Jim turned to me and said ‘This is the most fun I have had in ages. Why can’t we do this next summer in the garden?'” Suzanne recalled. “I told him ‘If you give me permission, I will get it done.’ Jim replied, ‘You have my permission.'” 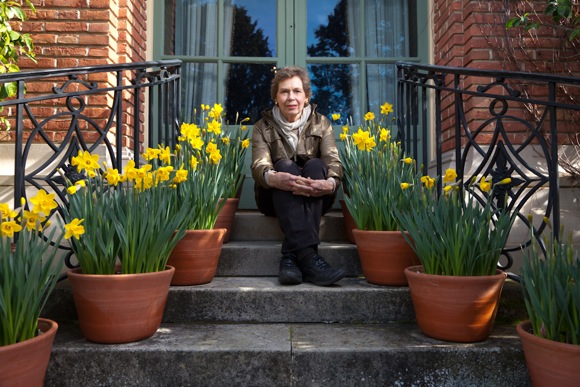 With Executive Director Cynthia D’Agosta’s approval, the initial organization and process was put in place. The first invitation was given to Jeff Owen who works from scrap steel and found objects. All his pieces in the exhibit are new and were inspired by the Filoli gardens.

“Getting the artists was easy,” said Suzanne. “Like Jeff, most had a connection to Filoli already. Or they were just one connection away.”

After being selected, each artist visited Filoli, viewed the locations, and then requested where they would like their art to be placed. Suzanne visited each artist, saw what they wanted to exhibit, and where. Sites were assigned to artists and then they created and selected the pieces to display as well as pieces chosen by Jim, Suzanne, Joan Saunders and Cynthia for specific locations. 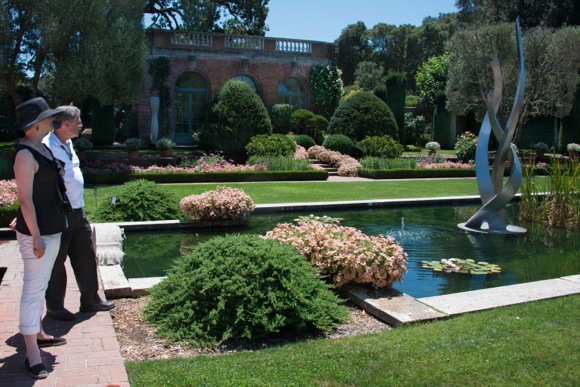 Installation took a week, with the artists bringing in pieces using green garden carts,  dollies, ladders and a forklift to unload and place the pieces. The larger pieces were installed with crews from the artists’ studios.

“It’s been so much fun to watch people and see how they respond,” said Suzanne. “This year we were in the right place at the right time. Hopefully it will be an annual event.”

Photos of sculpture at Filoli by Jim Allen; top show Contiguous by Richard Starks, bottom is Inspire by Archie Held

Photo of Suzanne Legallet taken by Scott R. Kline at Filoli in 2012.