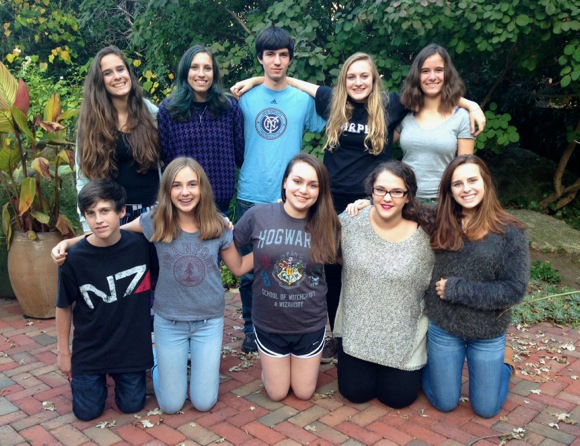 Explains assistant director Katie Weiner: “The show is about six stereotypical high schoolers and two artificial intelligence students who, as part of a pilot program, must come to the high school and attempt to socialize. This whole process is being documented through a reality TV show, adding to the drama.

“One of the things we love the most about the show is exploring all the interpersonal relationships between the characters, as well as the fact that it exposes the duality and insecurity in even the most seemingly superficial characters. On top of all that, it’s hilarious and fun to watch, and we can’t wait for everyone to see it! ”