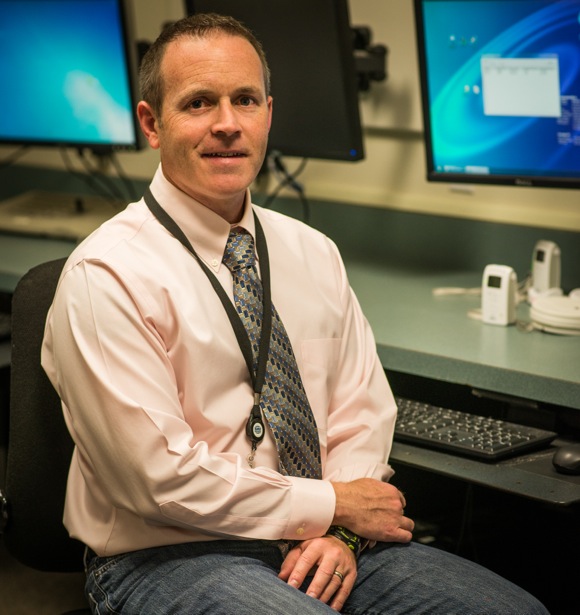 As a parent with children in Menlo Park schools, he gives presentations to student and parent groups about topics ranging from teens and sleep, how alcohol affects the developing brain, and learning disorders. It’s one such talk at Hillview School that brought him to our attention, and we stopped by his SRI office in Menlo Park to talk about teens.

“When I talk to parents, I tell them that teenagers are no different today than they were 10, 50, 100 years ago,” he says. “They are doing the same things. They are individuating and separating from their families and developing into who they will become. They are trying on different jackets — sometimes quite literally!”

But, he explains, while they are not different, the environment — meaning “things” — are different. And that difference is technology.

“A smart phone with its camera and keypad instantly connects you to the whole world,” he says. “Sure, we’ve had typewriters and computers but you needed to stop and think, ‘Do I want to show this photo to some one else?’

“The last part of the brain to develop is the frontal loop — the part that controls decision making and  judgment. It continues to develop into the mid-20s. Combine this with technology and you get the sexting, sexual harassment and cyber bullying that is prevalent today.”

Devin recommends that parents have frequent very frank discussions with their teenage children. “Ask them hard questions,” he says. “Do kids at school take naked photos of themselves? What are the latest rumors? What’s going on?”

Our discussion turned to a topic that Devin sees particularly specific to our community — the expectations for higher education. “Specifically, that you must get into a handful of certain select universities, and to do so high school students must take as many AP classes as possible, play multiple  instruments , do volunteer work in a foreign country, etc.

“I think there are plenty of parents who are willing to  put the brakes on. But many well-meaning parents get swept up by the community. But it’s really ok to pursue a whole range of post high school activities and choices. One good option now is junior college — we have a number of good choices locally.”

Devin underscores that it’s tough being a teen these days, but points out that it’s always been tough. “Your parents who were once brilliant have now become the stupidest people on the planet. As parents, we can acknowledge that and support our teenage children. Teens don’t want you to know they are looking up to you, that they are following your lead. But they are.”