View from the Bike Lane: Stop signs are not suggestions! 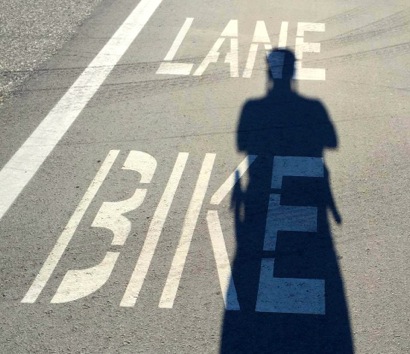 For over 50 years, I’ve been a recreational cyclist. Growing up in Menlo Park, my buddy Jim Bill and I would bike up to San Francisco along El Camino Real, including a side trip to Coyote Point. Some days we’d spent most of the daylight hours riding.

A year ago, I moved back to Menlo Park and discovered the many great cycling opportunities in the area. My usual routine is to ride three times a week, logging somewhere between 40 and 100 miles total.

Along the way, I’ve noticed some questionable behavior by the various people sharing the roads and pathways. The most noticeable: Stop signs are not “suggestions,” although they may appear to be given the number of cyclists I’ve seen ignoring them.

Earlier this Spring, a cyclist was killed while riding in a Double Century ride (200 miles) near Davis, California. According to the report, at around 5:30 am, the rider failed to stop at a stop sign and rode into the path of a large truck.

Just last week, I witnessed a near-miss repeat of that incident. A cyclist failed to stop at the intersection of Elena and Valparaiso. There is a stop sign on Elena, but instead of stopping — or even slowing down — the cyclist turned left right in front of oncoming car, which narrowly avoided hitting him.

I will admit that I may have “rolled” a few stop signs while riding, but given the number of cars on the road and the statistics regarding bicycling fatalities I am much more safety conscious now. I generally try to stop, put one foot down, make eye contact with drivers when applicable, and proceed.

Statistics back up my observations. Richard Hall reported on California Highway Patrol data for the years 2011-2012 in a piece he wrote for Planning For Reality. One highlight: Cyclists were at fault in stop sign violations leading to a bicycle versus car collision 61% of the time. Hall writes:

From time to time, Menlo Park resident Dennis Nugent will be contributing his thoughts about cycling on InMenlo.

Stop signs are not suggestions to car drivers either. As a frequent pedestrian, I can tell you that car drivers almost never come to complete stops on residential streets if they think nobody is looking. Bicyclists at least are going slower and have much less momentum and have better peripheral vision, so are much less of a danger to me.

I’m a 40 year resident of Menlo Park and I have never seen a bicyclists get a ticket. I don’t know where you moved ‘back’ from but I doubt if anywhere bicyclists behave any better than here. You want to see crazy: Try Sanchez Ave in San Francisco. They are the Kings and Queens of the road; they own it.

I see kids every day blow through the stop signs on Ringwood near MA. As drivers we need to watch for them because they can come out of nowhere. I ride my bike every day. A few months ago a driver ran a red turn signal and hit me on my bike. I am still hurting from it. I am back to riding now, but I look in every direction at intersections. As my grandpa told me, imagine that everyone is out to get you on the road.

I’m with you on needing to draw more attention to this. My perception is that the situation has grown DRAMATICALLY worse in the last decade. It has become far too common to see people riding bikes (I won’t grace them with the word ‘cyclist’) blowing through stop signs and and lights. Not slowing down, not looking, totally disregarding safety of themselves and others.

I am not some myopic ‘cager’ driving cars only. I too ride on a regular basis both by myself and with my kids. I can’t recall the last time I was out with the kids and not had to say something like “don’t you ride like that”

I’m also not a purist. I know that the reality is that we have way too many stop signs (how about some of those upside down triangles now and then) and people will fail to come to a complete stop. But make an effort to obey the principles.

BTW, if you want an intriguing idea that seems to be working, look at Idaho. Their law allows bikes to treat ‘stop’ as yield and red lights as stop signs. But they combine it with fairly strict enforcement (IOW, this makes sense but don’t push it) Results have been good.

Another bicycling note. A cyclist crossing at a cross walk while riding is NOT a pedestrian. Get off the bike and walk it across. Also please note: DMV laws include bicyclists. My son and I were riding one day and an Atherton Officer pulled up to us at the light at Middlefield and Marsh and reminded us that we could only use 1 earphone while riding. We immediately turned our heads and showed him that we both had only 1 earphone in. He smiled and drove on.