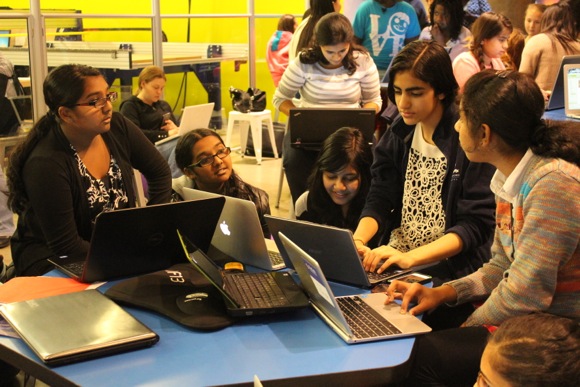 The Junior League of Palo Alto•Mid Peninsula (JLPA•MP) is partnering with Technovation, the world’s largest mobile app entrepreneurship competition for girls, to inspire the next generation of technology leaders. Technovation will benefit from significant volunteer and outreach support from the JLPA•MP as the organizations join forces to educate the female technology entrepreneurs of the future.

In this first joint project between JLPA•MP and Technovation, the organizations will work together to address the shortage of girls who pursue STEM careers. JLPA•MP volunteers will reach out to local teachers, women in technology, and community leaders to educate them about Technovation’s free online curriculum and competition, and equip them to lead Technovation groups in their schools and neighborhoods. JLPA•MP will also provide support to volunteers throughout the competition and organize local events related to the project.

Samantha Quist, JLPA•MP member and the former executive director of Technovation, said: “I’m proud to see JLPA•MP focusing on girls in STEM and working with Technovation to bring mobile app development and entrepreneurship education to more girls in our community.”

Technovation challenges girls ages 10 to 18 to create a mobile app and business plan to address a real problem in their community. Bay Area students have chosen to address issues including graffiti, bullying, and peer pressure in previous years.

The 2015-16 project will begin this fall as teachers, community members, women in technology, and other volunteers register to participate in Technovation. JLPA•MP is excited to collaborate with volunteers and students as they begin work on Technovation’s curriculum by January, in order to prepare their apps for submission to Technovation’s international competition by next spring.