All in a half day’s work: House no more in Menlo Park 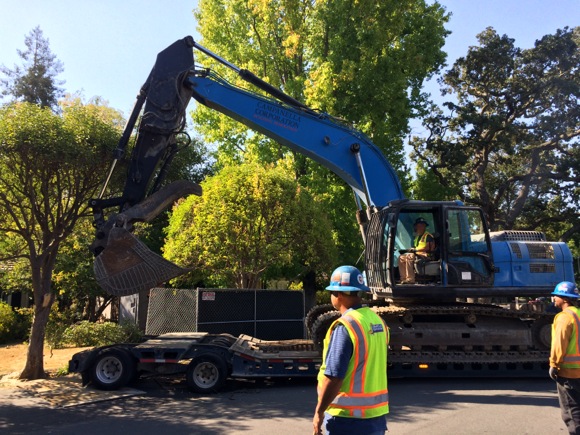 When a green fence goes up around a 1950s era ranch-style house in Menlo Park locals know it usually means the house is coming down, to be replaced most often with a two-story mini-mansion with basement. 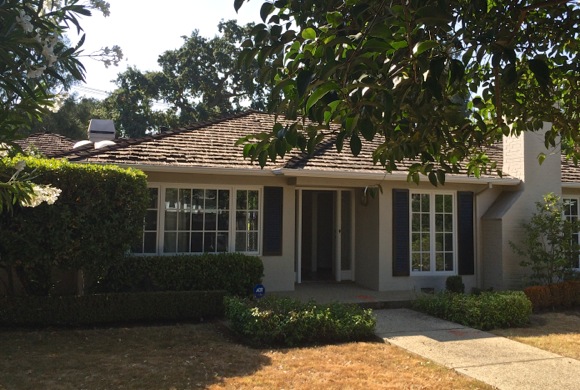 But when a green fence went up around a home on the corner of White Oak and Lemon in Menlo Park, we were particularly surprised as it hardly looked like a tear down.  Alas, it was still “just a ranch house” and the “house-eating” machinery arrived last Friday morning. 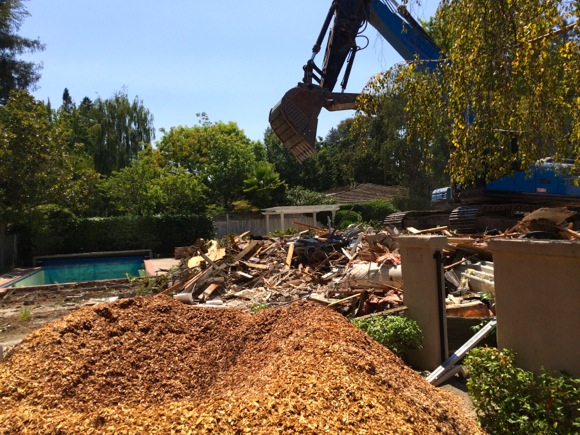 We chatted with one of the workmen, and he told us that it would be demolished in three to four hours. He was right. By the time we swung by later in the afternoon, it was a pile of wood.

A sad day for MP…..progress is not always good.

Tear down a perfectly beautiful home to build a huge obnoxious eye sore. I miss the Menlo Park I grew up in.

Makes me sad every time I see it. We will one day outgrow our own little 2/1 cottage and I’ve often contemplated putting a second story on it ourselves just to spare it from the complete demolition you see on so many of these older homes. Lots of character gone forever.

There is nothing sad about tearing down a 1960s era ranch home. Such homes have little architectural value and do not add to the beauty or character of our town. It is a separate question whether something nice goes up in its place.

NS….if the home was condemned, I would agree, but saying “such homes have little architectural value” is not correct. Look at all those Eichler homes in part of Palo Alto that are selling in the millions!
As for “our town” and the character of same, you had better keep in mind all the people that grew up there over the years, most likely long before you lived there or were even born. I am sure the city will collect the appropriate fees and taxes from the new building that will go up there for their coffers!

NS – I completely disagree with you that a single story ranch style home has no architectural value. Try living in one. The homes are open, with living spaces (kitchen, living room, dining room) flowing from one to the other, which promotes family interaction. Often there are large picture windows and patios which bring the outside in. Plus, when you live in a single story home with only single story homes around it, or walk down a street that has primarily single story homes, you see that in aggregate these homes make so much more of the trees and sky visible and bring a relaxing vibe to the whole community. Yes, they contribute to the character of Menlo Park and to the well being of its residents.

Way to go Sally……it doesn’t appear that NS will respond…….!