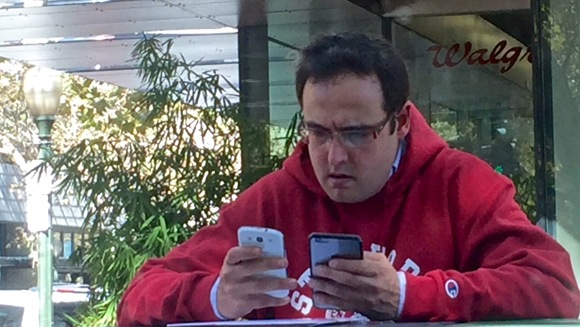 Atherton resident Tricia Young spotted this man hard at work with two mobile phones while she was doing errands in downtown Menlo Park.

If he is indeed truly ambidextrous, he’s among just 1% of the population, according to the American Psychology Association. Ninety percent are right-handed and the remaining 10 percent are either left-handed or some degree of ambidextrous.

And this is important? This is like the “Fantasy Football” question in the last debate!