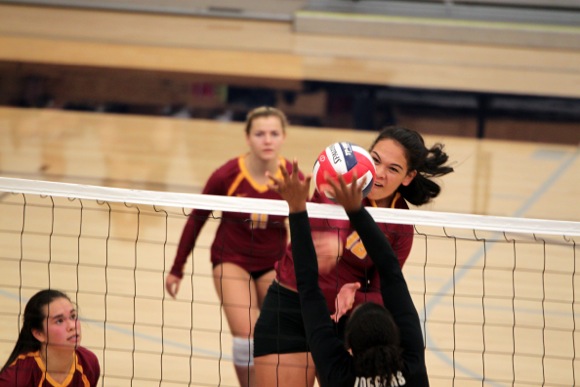 By winning three sets in a row and beating first-seed Monte Vista High School (Danville) in the Northern California Regional Championships on Wednesday evening (Dec. 2), the Menlo-Atherton Girls Volleyball team earned a trip to Santiago Canyon College in Orange County where they will compete in the California State Championship Finals today (Dec. 5).

The Bears will face Redondo Union tonight at 8:00 pm, playing the best 3 out of 5 sets.