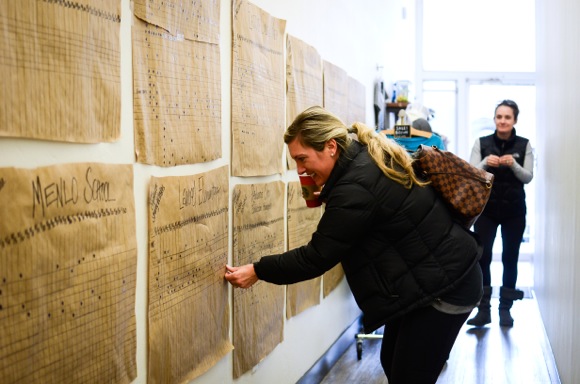 Erin Paruszewski, who owns and operates the Alkalign Studio in Menlo Park (as well as one in Los Altos), initiated a new fundraising effort for local schools this past November.

“Our clients signed up about 40 schools, with some, like St. Francis, that had followers in both towns,” Erin explained. “When people came for a class, they added a star to the school board of their choice, which we posted on the studio walls. That earned $1. If they purchased a class package, $10 was donated.

This is just one example of what Erin describes as “thinking outside the box” and “really trying to get the studio(s) involved in family-related stuff.”

“I’m hoping the idea will catch on and expand as we franchise our studios beyond the Bay Area and nationally,” she said.

Photo by Becky Flanagan showing Alkalign client Jen Shoup adding a star to her school board.