Spotted: Panther fans on their bellies

InMenlo contributing photographer Irene Searles traveled to San Jose yesterday to photograph a sculptor we’d recently interviewed at his foundry. While there, she spotted people lying side-by-side in a line on the street. Why were they on their bellies? 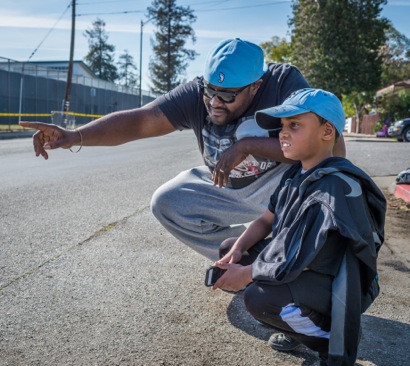 Turned out they were Carolina Panther fans trying to peek under the fence where the team is practicing at San Jose State. The photo at bottom shows the guarded fence across the street where they were looking.

Irene also chatted with a father and son, who had recently moved to Bay Area from North Carolina. They, too, were hoping for glimpse of their team.

She thought InMenlo readers might get a kick out of the resulting photos, and we agree!

Footnote: We’ve been close to Stanford Stadium where the Broncos practiced a number of times this past week without noticing even a hint of the team’s presence.