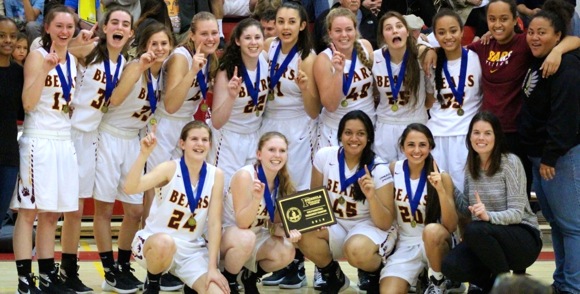 Fans of Menlo-Atherton High School basketball are cheering wildly this week after both the Girls Varsity and Boys Varsity teams won their respective Peninsula Athletic League (PAL) Championships in an unprecedented achievement for the school.

The M-A girls entered the tournament as the defending PAL champions from 2015. Undefeated in league with a 22-2 record, the girls were seeded number one in PAL South, taking out Westmoor (74-36) and South San Francisco (61-43) to face PAL North number one seed Oceana in the championship game. The girls trounced Oceana 60-42 to take home back-to-back PAL Basketball Championships for the M-A Bears. 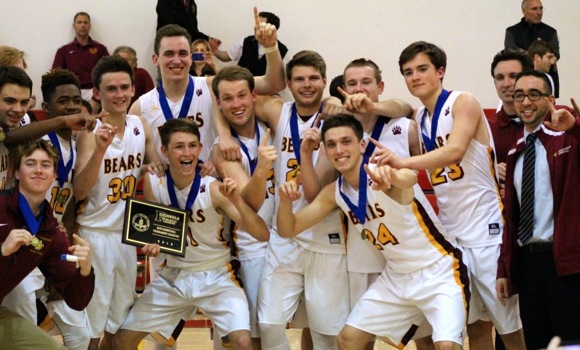 For the M-A Varsity Boys, this was their first-ever PAL tournament win since the San Mateo County competition was established in 1995. Also undefeated in league and the number one seed in PAL South with a 22-2 record, the boys overpowered South San Francisco (81-42) and Mills High School (56-36) before taking on rival PAL North number one seed Half Moon Bay in the finals. The Bears crushed the Cougars 45-29 in a decisive win to earn the PAL Championship title.

Both teams now head to the the Central Coast Section (CCS) playoffs starting this week.

In another unprecedented feat, both the M-A Girls and M-A Boys Varsity Basketball teams were selected to play in the elite CCS Open Division for the first time. Created in 2013, the Open Division features the top eight teams across all five divisions of CCS, as determined by a selection committee.

As part of their Open Division honors, both M-A Bears teams automatically qualify for the NorCal/State Basketball Tournament.

You can read more about the teams victories in articles written by M-A student journalists: Girls basketball; Boys basketball