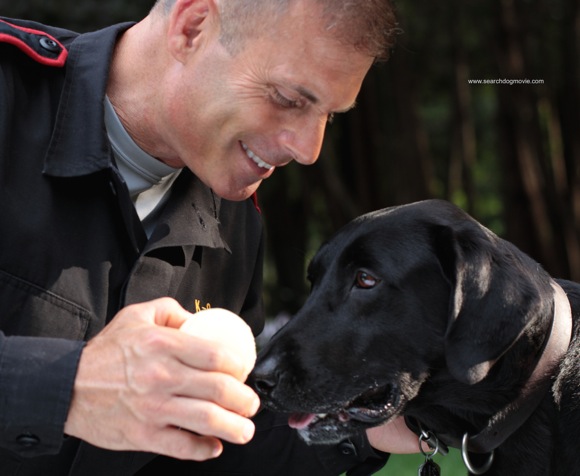 The 7th annual Windrider Film Forum Bay Area is taking place April 14–16, 2016 at the Center for the Performing Arts at Menlo-Atherton High School each evening starting at 7:00 pm. The cost is $15 general admission and $10 for students, available in advance online and at the door.

“In addition to two evenings of feature-length films, this is the first year that we’ll have an evening dedicated entirely to award-winning short films,” said Atherton resident Terri Bullock, Director of Windrider Bay Area. “One of the things that makes Windrider unique is our Q&A panel at the end of each evening. I’m always inspired by the conversations that transpire.

“We select our program with these panels in mind. What does the filmmaker have to say? What do we have to say to each other as an audience, as a community? How can the power of film help us think about important issues more broadly and with more compassion? This is what we’re thinking about when creating a program. I’m proud to share these films, and I’m excited to be a part of the conversation.”

The Windrider 2016 forum opens Thursday, April 14 with Searchdog (top photo), the true story of Rhode Island State Police Sergeant Matthew Zarrella, who rehabilitates shelter dogs into search-and- rescue dogs. Before joining Zarella’s team, the dogs are rescued from shelters, many within days of being euthanized as unadoptable. Winner of a 2016 “Best of Fest” Selection at the Palm Springs International Film Festival, Searchdog takes an intimate look into the relationships between Matthew, his dogs, and the dog’s handlers, who are learning to face trauma with calmness and compassion.

Filmmaker Mary Healey Jamiel, an Associate Professor of Film/Media and Communication Studies at the University of Rhode Island, Police Sergeant and Marine veteran Matthew Zarrella, and his dog Buster, also a Marine veteran, will all participate in Thursday’s panel.

The Friday, April 15, program highlights the power of short films with a series of three shorts, averaging approximately 20 minutes each. The films address the theme of family connection from very different perspectives.

In the first short film of the series, This Way Up (photo above), filmmaker Jeremy Cloe tells a story of the unsettled relationship between a father and daughter. Unemployed and down on his luck, the father finds himself living in a storm drain and keeping up a charade of being too busy working to visit his daughter. When his daughter perseveres to see him, the father enlists help from a teenage vagrant to create a fake life. Unforeseen consequences ensue.

The film’s producer, Mike Langer, graduated from the American Film Institute in 2014 with an MFA in producing. This Way Up was his thesis film. Langer will participate in Friday evening’s Q&A panel.

Friday’s second short film, Frogman, is a story about a young boy who idolizes his Navy Seal father, whose stories are larger than life. His father, the Frogman, is frequently away on secret missions. However, the Frogman changes, becomes distant, and over the years, the boy feels abandoned. Only a frightening diagnosis presents the possibility of reconciliation.

Patrick Humphrey, who is the film’s narrator and the real-life son of the Frogman, will participate in the evening’s Q&A panel. 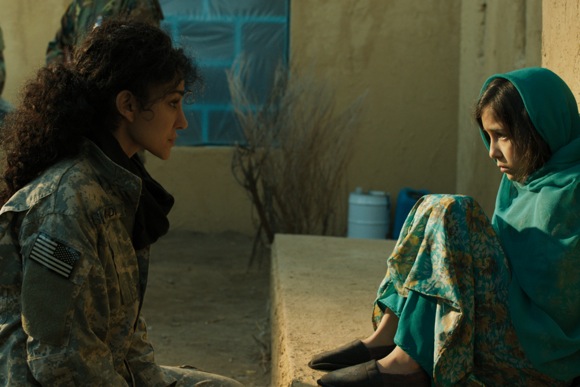 The third and final short to be screened is Day One (photo above), nominated for a 2016 Academy Award for Best Short Film Live Action. Inspired by a true story, Day One follows a new translator for her first day on the job, which has her accompanying a US Army unit as they search for a local terrorist. She quickly discovers the brutal complexities. Gender and religious barriers emerge with lives hanging in the balance. A crisis confronts both sides of the battle, and they are forced to work together, as a family, just for a moment in time.

Filmmaker/Director Henry Hughes studied film and literature and received his BS in Communications from Boston University. He spent the following five years as a paratrooper in the 173rd Airborne, conducting two combat tours in Afghanistan. Hughes will participate in the evening’s Q&A panel.

The forum will conclude Saturday, April 16, with the feature film How to Dance in Ohio. Filmmaker Alexandra Shiva follows three young women on the autism spectrum as they prepare for an iconic event — a spring formal dance. The film takes us into their group therapy sessions, their relationships with families, and into their private thoughts as they navigate and struggle to understand and accept the social rules that surround this universally-fraught experience.

At once humorous and heartbreaking, How to Dance in Ohio challenges audiences to question and celebrate the nature of human connection and the definition of normal. In addition to featuring three young women, Shiva’s film features Dr. Emilio Amigo, a licensed mental health therapist who specializes in working with individuals living with autism spectrum disorders. Saturday’s panel will include Dr. Amigo and Caroline McKenzie, one of the three young women in the film.