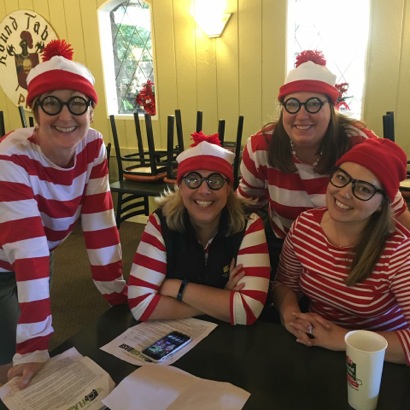 Participants – either as individuals, or in teams of four – received a set of clues scattered around Menlo Park to photograph and post on either Twitter or Instagram using an event-specific hashtag.

Getting in on the fun was the Where’s Waldo team,