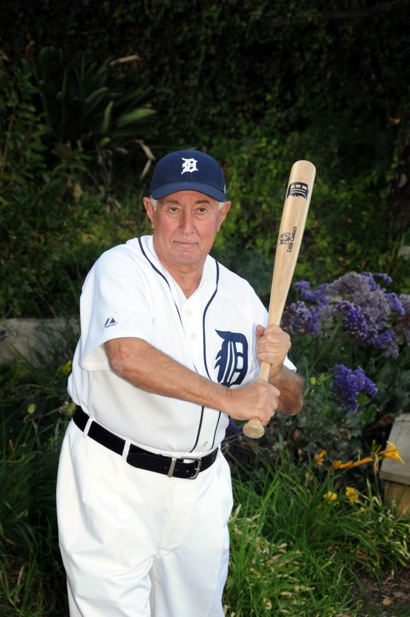 All ages are welcome to watch baseball history come alive at Little House in Menlo Park on May 10 as Norm Coleman performs his iconic one-man show impersonating the legendary baseball star Ty Cobb.

Coleman, a Half Moon Bay resident, lovingly and expertly recreates the persona of one of the greatest baseball players of all time, spinning tales of Ty Cobb’s earliest days fighting his way into professional baseball, through his retirement years.

“I read a couple of books on Ty Cobb and became fascinated by the complex and misunderstood character of him,” says Coleman. “After reading 12 books on Ty Cobb, I wrote a script and did a one-man show at Cameron’s Inn, Pub and Restaurant in Half Moon Bay. I eventually brought the show to the Ty Cobb Museum in Royston, Georgia in 2008, where it was well-received.”

As Ty Cobb, Coleman talks about his early days growing up in Royston, Georgia, playing for the Tigers, and spins yarns about players he knew — Babe Ruth, Shoeless Joe Jackson, Joe DiMaggio, Ted Williams, Lefty O’Doul and others. He knew every president from William Howard Taft to Dwight D. Eisenhower, and talks about his friendship with many of them.

Tyrus Raymond “Ty” Cobb (1886-1961) was an American Major League Baseball outfielder who is justifiably referred to as one of the greatest baseball players of all time. During his professional career, he was frequently overshadowed by hot temper, violent outbursts, and aggressive style of playing.

For a period in the 1930s and 1940s, Ty Cobb lived with his wife, Charlie, in Atherton. Following their divorce in 1947, Charlie moved to nearby Menlo Park, where she resided for a number of years. Today, grandson Herschel Cobb, who penned the book Heart of a Tiger: Growing Up with My Grandfather, Ty Cobb, lives in Menlo.

The performance will be held in Little House’s newly renovated courtyard, featuring an outdoor stage and seating. Guests can enjoy hot dogs, popcorn and Cracker Jack as Coleman portrays the life and career of the baseball legend known as the “Georgia Peach.”

The act begins at 1:30 pm, and a donation of $5 is suggested. Audience members are invited to ask questions about both Ty Cobb’s life and Coleman’s role impersonating him. Little House is located at 800 Middle Ave., Menlo Park.