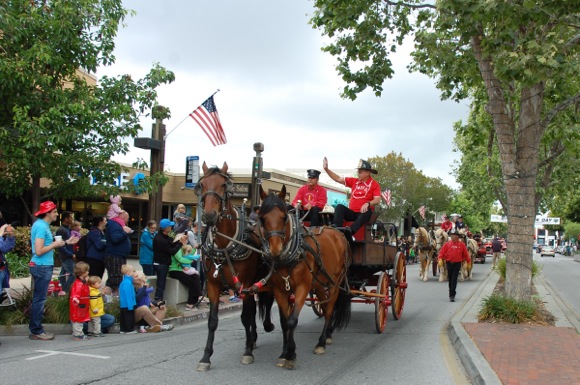 Today, June 27, 2016, the Menlo Park Fire Protection District begins the official journey into its 100th anniversary. On this date in 1916, 100 residents voted in favor — and 58 against — to establish a “Fire Company” in Menlo Park.

A petition had been submitted to the San Mateo County Board of Supervisors to establish a town fire department for purposes of “better fire protection.” Prior to that, a small group of volunteers used a single hose wagon with borrowed horse teams. It was pulled to fires after ringing a bell in the small fire station to notify residents and volunteers of a fire in the community. 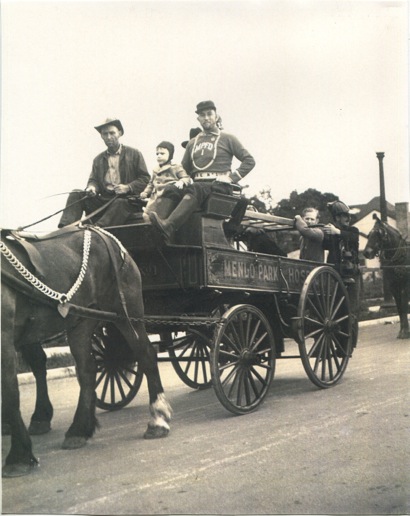 The Fire District has grown from serving 1,000 residents to today where it serves a daytime population of over 100,000 residents and local employees of Facebook, Stanford Research Institute (SRI), United Geological Survey (USGS), venture capital firms, life science companies, start-ups and hundreds of other large and small business.

Photos courtesy of Menlo Park Fire Protection District: top from the 100th centennial parade on May 21, 2016, held in downtown Menlo Park with Tom Carter waving at the crowd in the same spot his father sat 77 years ago with his father’s helmet and boots in between himself and driver Dan Dietrich; right from 1939 parade with firefighter George Carter, an unknown wagon driver and his 4-year-old son, Tom Carter, sitting in the center on the Districts 1899 Hose Wagon #1