Off the Grid a Menlo Park fixture after two years 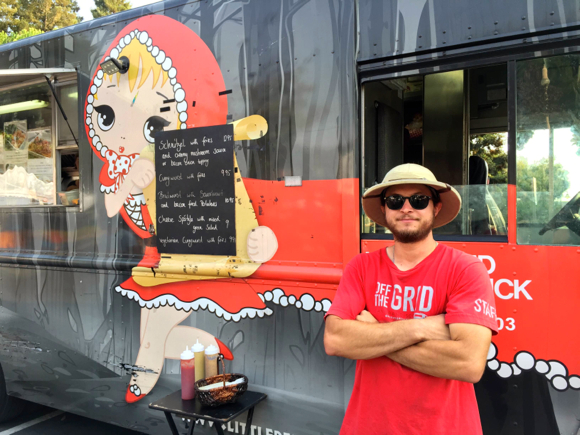 The gathering of Off the Grid food trucks on Wednesdays from 5:00 to 9:00 pm (8:00 pm in winter) near the Menlo Park train station has become a popular destination for families, friends, and dates. The food trucks offer a casual setting for live music and community.

Brian Malmstrom (pictured top) has worked with Off the Grid for two years and describes his job as a way to “follow [his] passion, to travel, and to create connections to different communities.”

He says Menlo Park is one of the most family-friendly locations he has worked at with children free to “run around and spill things” without giving their parents cause to worry. 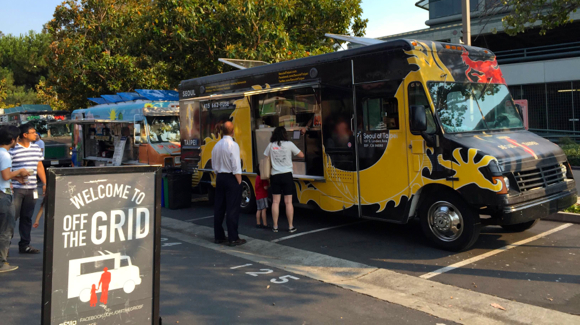 Jennifer, a longtime employee of Capelo’s Barbecue food truck, cited the significance of regular customers as one of the reasons she loves her job at Off the Grid.

This rose-colored view of the food trucks and their place in Menlo Park’s community contrasts the opinions of some downtown business owners who made their disapproval known to the Menlo Park Planning Commission before Off the Grid was given a permit in 2014.

Whether the food itself, while reviewed positively on Yelp and enjoyed by crowds of people every week, is on par with the standards of restaurants is also up for debate.