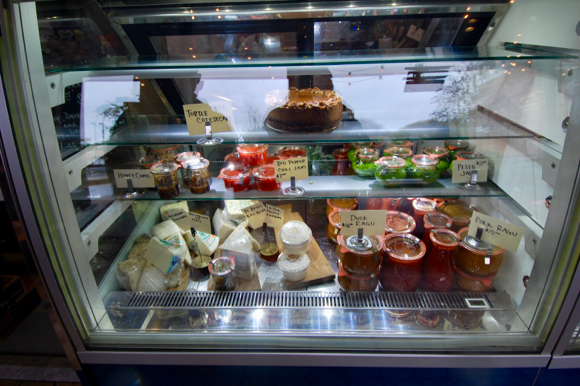 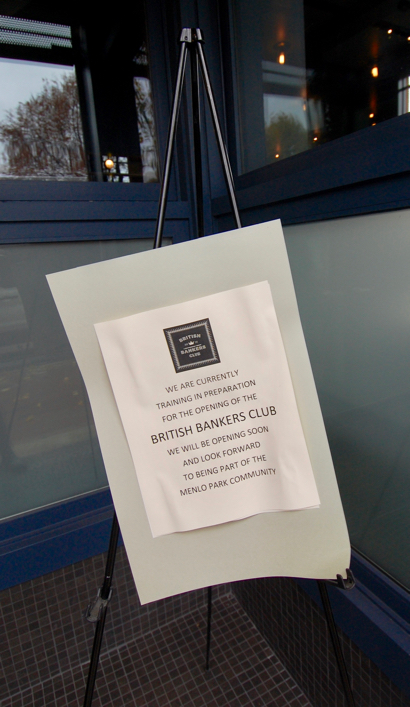 Lots going on today at what’s been a quiet corner of the Menlo Center.

Marina Borrone, who owns MarketBar, was having a pop-up featuring all the MarketBar favorites, many of which were displayed in pretty jars in the front counter. She promises more activity there in the months to come.

Nextdoor, the British Bankers Club has been hosting some “soft opening” dinners. The restaurant and bar was supposed to open last summer. The sign out front indicates the waiting will soon be over.