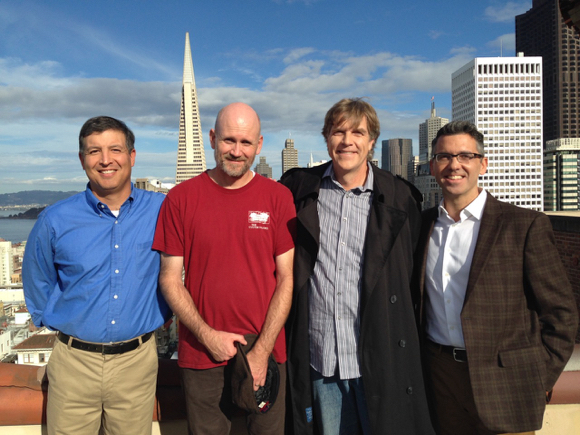 Add movie producer to Menlo Park resident John Donald’s resume with the release of Superpowerless, which will be screened locally next month at the SF Indie Fest. Tickets are available online as is the trailer.

The film, which was shot in San Francisco, Berkeley, and Palo Alto, is about a superhero (played by Josiah Polhemus) who loses his powers at age 40 and must adjust to a new life. Superpowerless is produced, directed, and co-written by Duane Andersen. 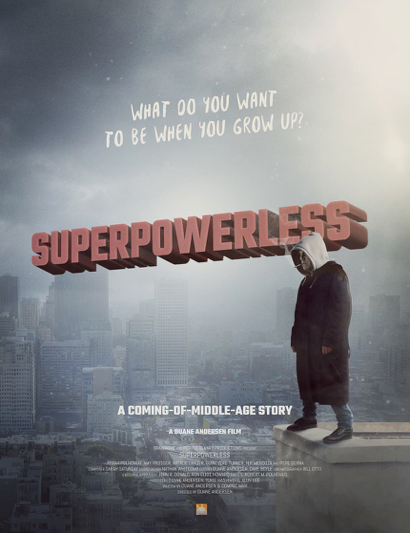 “Duane, Joe, and I are old friends who met at De Anza Elementary School in Palo Alto,” explains John. “As kids, we made Super-8 movies and dreamed of making real movies someday.

“Duane and Joe went on to careers in theater and motion pictures and finally had this opportunity to work together. In addition to Joe, the movie stars the talented Amy Prosser. Duane, Joe, and I have known Amy since around junior high school as Joe and Amy appeared together in You’re a Good Man, Charlie Brown.

“They reconnected later in life and got married in 2013! Amy and I played opposite each other as Hodel and Perchik in Fiddler on the Roof at Palo Alto High School. Over the years Amy has crafted an impressive resume of great stage performances. She is making her motion picture debut as Mimi, Bob’s girlfriend, who is facing some significant mid-life decisions of her own.”

Duane approached John about becoming involved in Superpowerless as an Executive Producer in February, 2014. The film had its world premiere in July 2016 at Fantasia in Toronto. The San Francisco screening marks its U.S. debut.

“Duane came back to do some pick up scenes in late 2014 and managed to get me in the film as a cameo,” says John.

After the Indie Fest, the film will be distributed through various streaming services with a possibility of a theatrical release as well. 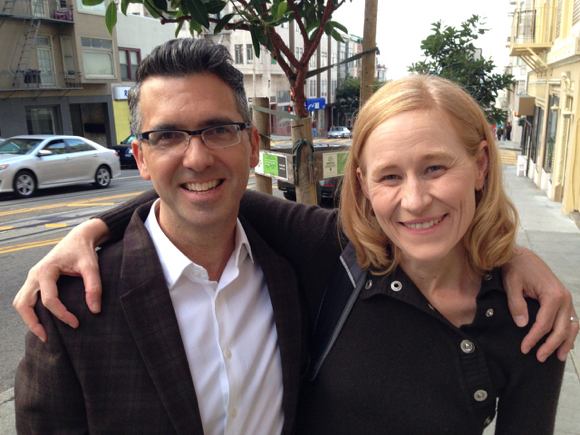 “I’m happy and pleased to invest in this film regardless of any potential return on investment,” says John. “It’s been a fun project to be involved in, one that is very personal.

“It’s also been a learning experience as well. It doesn’t take long to shoot a movie. But after shooting, there’s all the post production work and waiting and seeing what happens next.”

Photos courtesy of John Donald; top, from left to right, John Giddings (another elementary school classmate who was an extra), Duane, Josiah, and John. Second photo of John with Amy.