Spotted: Young princess dancers among a sea of older dancers 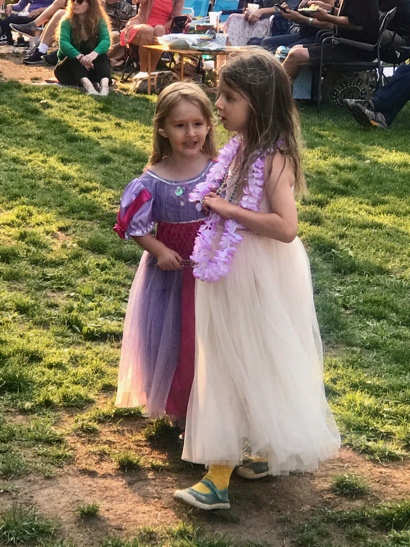 The Steely Dan tribute band Aja Vu played at Fremont Park tonight. It brought out the usual kid dancers, and we spotted two Menlo Park princesses. Now some who live with women who grew up in Menlo Park would call any female raised here “a princess.”

But that was only half the story. What we fondly call “geezer” dancers were predominate on the dance floor tonight. They could sing every word, particularly those songs that were on the Aja album.

A quick Wikipedia search revealed that album was released in September, 1977. Egad, that was 40 years ago so no wonder the dancers who were enjoying the tribute band were of a certain age.