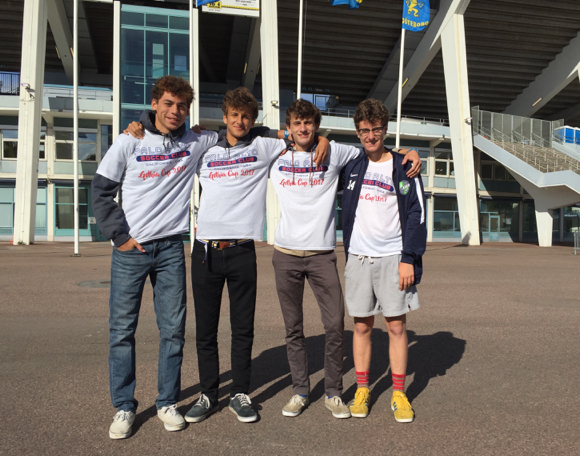 Editor’s note: As we head to Fall (by the start of school, not the calendar yet!) we are featuring some of the summer adventures by local residents. If you had a unique experience this summer and want to tell your story, email tips[a]inmenlo.com.

The Cup is host to 1,730 teams from 82 nations. While in Gothenburg the teams play over 4,500 games over the course of the week. This is a “meeting place for the world’s youth, irrespective of religion, skin color or nationality, with football as the common denominator.”

The Palo Alto team was lead by the PASC coach Rafa Soares and included teens from a number of local schools. They stayed in a dorm with teams from other countries. The team did not have a lot of time to take in the local sites as they were busy on the field training and playing in their matches. They met for some team dinners after their long days on the field. 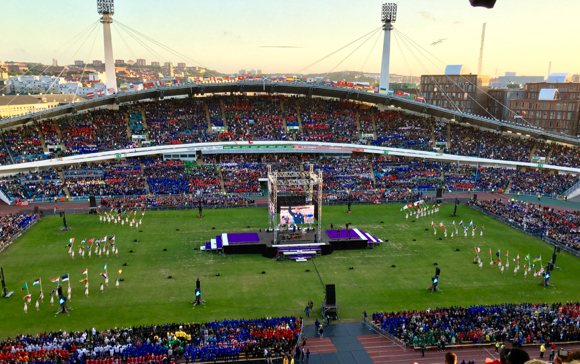 “Going to a different country to play the game that I love has always been a dream of mine ever since I was young,” said Kalani Napoleon, left wing and striker. “What was amazing about the trip was connecting with the different players from around the world. It was definitely a trip to remember.”

The team played well and were up against some very physical and strong teams including an opening match with a local Swedish team. Many of the games were streamed live so parents and fans could watch in the wee hours of the morning back in the U.S.

In their third game, after a 2-1 loss to a Norwegian team, they were relagated to the consolation bracket of the playoffs and won over a team from Georgia, 1-0. They were eliminated the next round during penalties to a team from South Africa.

“The tournament is something that I will never forget,” said Jude Carabetta-Goncalves, right wing and midfielder. “The level of play was amazing and the teams we played were probably the best I have ever competed against. The vast amount of people that I met and befriended from other countries was on a new scale. I felt that we were all friends because we all could relate to soccer. It was truly an amazing experience!”

One of the highlights of the trip was that the team became friends with a squad from Ghana who stayed with them in the dorm. Somewhere in Ghana there are two boys wearing Palo Alto Soccer club jerseys!