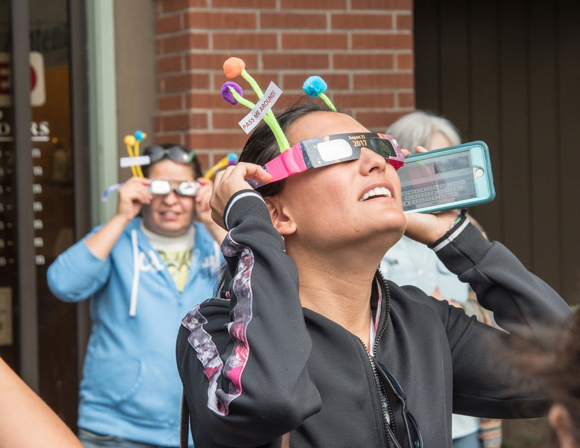 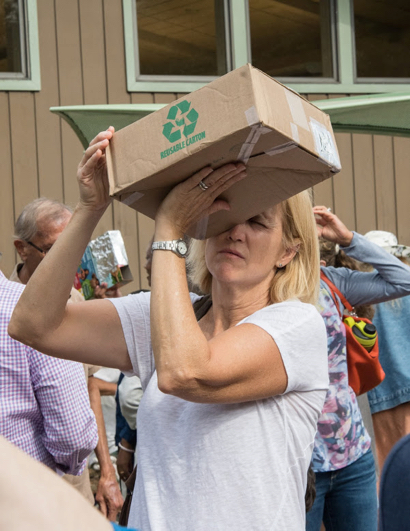 InMenlo contributing photographer Robb Most was at the Menlo Park Library this morning where hundreds of people were on hand to view the partial eclipse of the sun that peaked at around 10:15 am.

“I talked to Sergeant Mathew Ortega of the Menlo Park Police Department who said that 320 glasses were distributed,” reported Robb. “He estimated there were 700 people in attendance.

“NASA provided instructions on how to make pinhole viewers. And the real fun was seeing the diversity of viewing methods!” 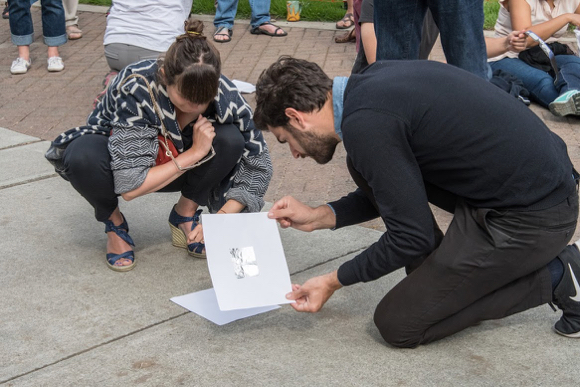 We’re featuring a selection of photos here and will be doing another post about how other Menlo Park residents experienced the eclipse both near and far. 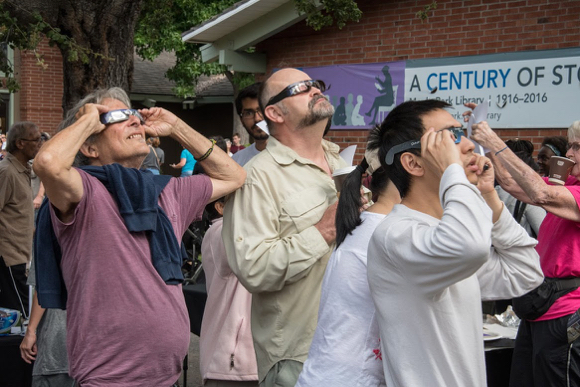