The eclipse itself – and more photos of Menlo Park viewers

“I used my Canon 5D Mkii. I had the camera on screen-view mode so I was not looking through the lens, but rather at the screen. I put a 3x neutral density filter on the 24-105mm zoom lens to make the exposure even darker. The shot was taken at camera settings that were 1/3000th of a second, f4.5 and ISO 100.” 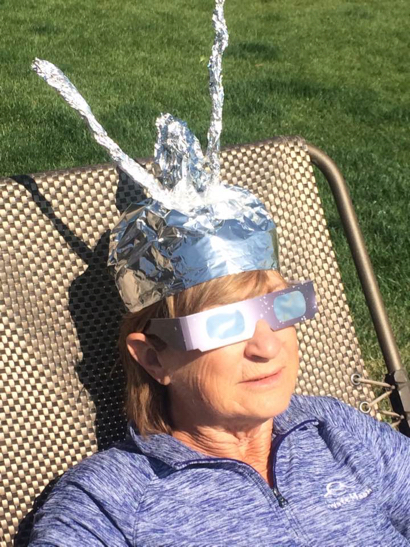 Shirley Hagey (left) was at Heart Rock Ranch, in Idaho sporting an unusual viewing hat. She emailed: “The best experiences: the extreme change in temperature and the birds completely quiet!” 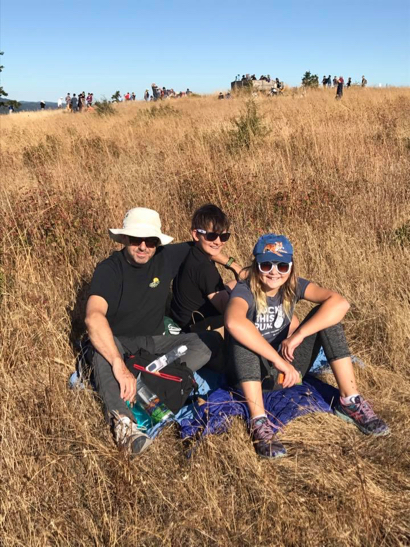 And InMenlo contributor Robb Most captured a woman ready to view the eclipse through a colander as well as a man with an unusual viewing tool near Cafe Borrone. 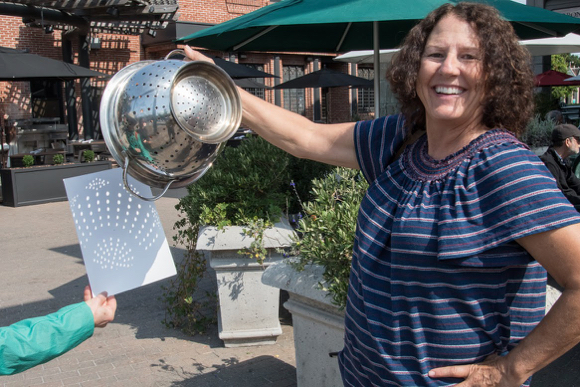 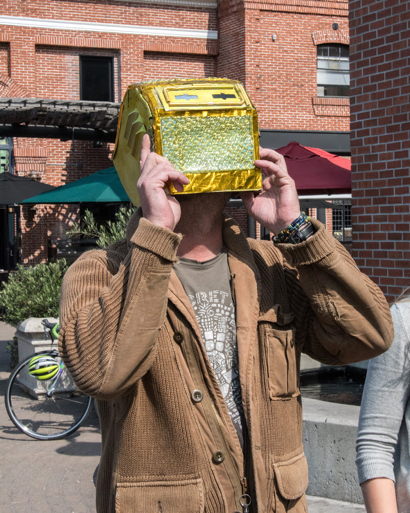