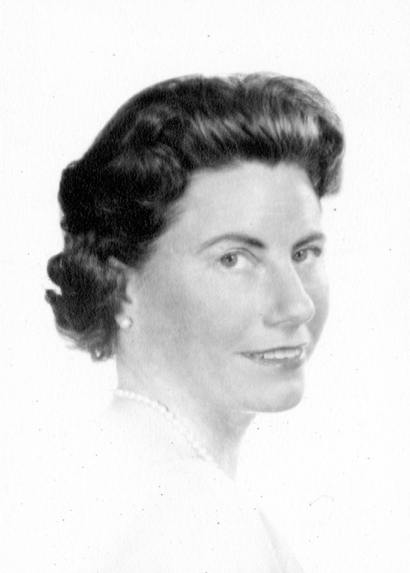 Kató Mendelssohn Reis, the great-great granddaughter of composer Felix Mendelssohn, passed away peacefully on August 15, 2017, surrounded by family and the sounds of her own piano recordings of the music of Chopin, Liszt, and of course Mendelssohn.

Born in Budapest, Hungary, on January 29, 1919, to Gabor and Klari Mendelssohn Székely, Kató demonstrated her musical gifts at an early age. Guided by her mother (a talented pianist in her own right), Kató began her formal musical training at age six.

By the age of eight she was offered a full scholarship to the prestigious Franz Liszt Academy of Music in Budapest, where she spent the ensuing decade refining her talent. In addition to the many hours of lessons and piano practice at the Liszt Academy, Kató pursued a rigorous academic education with tutors at home.

At the age of 14, Kató was offered a scholarship to the Curtis Institute of Music in Philadelphia, but the family decided to wait until she graduated from the Franz Liszt Academy before immigrating to the U.S. Kato completed both her musical and academic education in 1938, and her parents — with the encouragement of two of her father’s brothers already in the U.S. — decided to come with their only child to Los Angeles to allow Kató’s musical career to flourish. 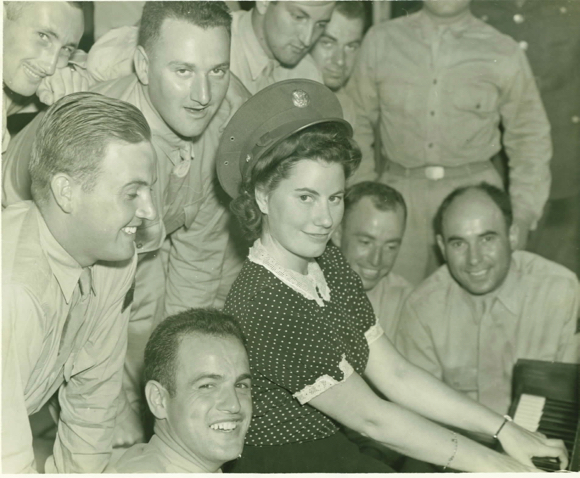 In 1940, a dashing Stanford student, Robert Stanley Reis, saw Kato performing a concerto at Memorial Auditorium, and a double date with a friend soon followed. Robert was destined to be the love of her life.

When the U.S. entered into World War II after the bombing of Pearl Harbor, Kató immediately volunteered her talent, giving concerts for the troops at USO venues and military hospitals. From 1940 to 1943, Kató made many recordings —  more than  two and one-half hours of classical piano favorites — for broadcast to the troops. These recordings have been restored and many can be found on You Tube under the search phrase “Kató plays.” 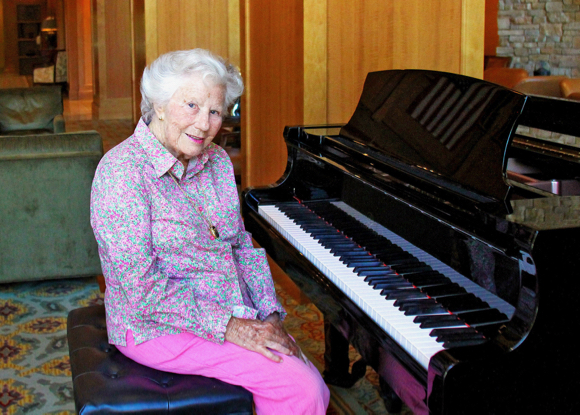 While Kató performed concerts for the troops, Bob served in the Army, and they ultimately married at Stanford Chapel in 1946. After a lengthy honeymoon traveling throughout the U.S. and Canada, the couple settled in Atherton. Bob purchased a business in San Francisco, which continues to this day, and Kató resumed teaching piano. She and Bob soon had four sons, and Kató included each of them in her full roster of piano students. Kató continued teaching piano into her 70s.

Once her sons were grown, she added volunteer work to her busy schedule. Allied Arts, the Mid-Peninsula League of the San Francisco Symphony, Peninsula Family Service, and Peninsula Volunteers Little House and Meals on Wheels (she delivered meals well into her 80s!) all benefitted from her generosity and boundless energy.

Kató and Bob moved into the Vi in Palo Alto soon after it opened in 2005. After Bob passed away in 2008, Kató filled her days spending time with her family, playing bridge, and delighting her fellow Vi residents with frequent impromptu concerts on the grand piano in the lobby.

Kató’s life will be celebrated at a private family gathering. Anyone who wishes to honor Kató is encouraged to donate to either Peninsula Family Service, 24 Second Avenue, San Mateo, CA, 94401 or the Mid-Peninsula League of the San Francisco Symphony, 201 Van Ness Ave, San Francisco, CA 94102.

Photos supplied by the family; photo of Kató at the piano at the Vi taken by Veronica Weber of the Palo Alto Weekly, which featured a story about the pianist last year; used with permission

I loved hearing her play in the great room of the VI as I was coming or going from visiting my parents. I would always stop mid step to listen when she was seated at the keyboard. That will be missed.

Don’s mom, Ginny, and we always enjoyed Kato’s piano in the Vi living room. It brightened the day for many. Ginny felt privileged to be her friend.

I was going through more of my mother’s things this morning (Eleanor Jacobs Piers) and came upon an old CD of Kato’s 1943 performances. I decided to google Kato and found that she had passed away in August. My condolences to her family. Kato and my mother were wonderful friends and Kato was my deceased sister, Deb Cooper’s, godmother. Truly the end of an era. Blessings to you all. xoxo
Pam