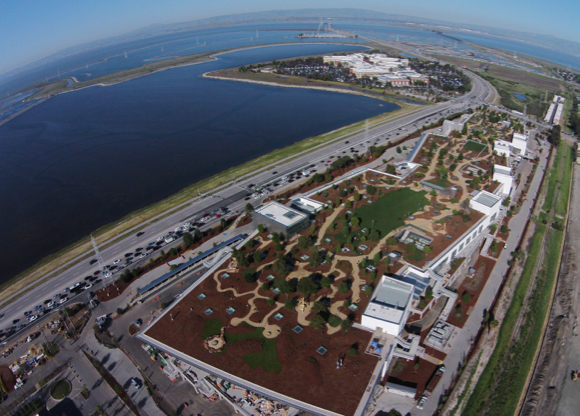 “Facebook is committed to being a good neighbor and that includes reducing its potential impact on the environment,” said Lauren Swezey, Facebook Sustainability and Community Outreach Manager. “We’re excited to enroll in Peninsula Clean Energy’s ECO100 energy option, which will reduce our carbon footprint and help Menlo Park reach its local climate action goals.”

Peninsula Clean Energy (PCE) is San Mateo County’s electric supplier, formed as a Joint Powers Authority of all 20 cities in the county. PCE launched in October 2016, and began serving large customers in April 2017. Facebook is the largest corporate customer in the county to enroll in ECO100.

PCE customers are automatically enrolled in ECOplus, and may opt-up to ECO100 if they choose. ECOplus provides 50% renewable and 80% greenhouse gas emissions free, at a generation rate that is priced 5% less than PG&E. PCE’s ECO100 option is 100% renewable and 100% greenhouse gas emissions free that is priced at a slight premium.

“We are so excited to have Facebook, a leader in sustainability and one of our largest customers, buying 100% renewable energy from our ECO100 sources” said PCE CEO Jan Pepper. “All of our power is sourced directly from power plants that deliver into California, and in 2016 our ECO100 supply was from 100% wind power.”

Diane Bailey of Menlo Spark emailed: “There’s one other Menlo Park business in the ECO100 directory – Occasions, a shop downtown on Santa Cruz. They’re one of the small businesses that makes downtown Menlo Park a special place. It’s great to see them support the environmental too!”