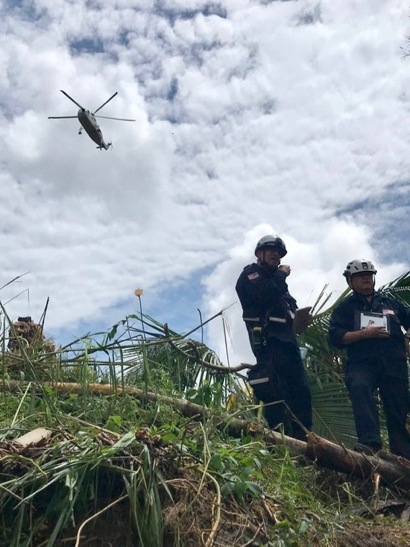 After 24 days, Carl Levon Kustin returned home to the Bay Area this past weekend from Puerto Rico. The lone member of California Task Force 3 (CA-TF3), one of the Bay Area’s Urban Search and Rescue (US&R) Teams located in Menlo Park, Carl was first deployed for Hurricane Irma and was based out of Puerto Rico conducting Search and Rescue operations to places like Saint Thomas and other Islands. Once those operations were completed, he was scheduled to come home until Hurricane Maria appeared to gain strength and then directly hit the small island, causing historic damage!

Kustin rode out the Hurricane along with over 276 Federal Emergency Management Agency (FEMA) Urban Search and Rescue Task Force members from across the country who were told to shelter in place in the Intercontinental Hotel so they could be immediately be deployed directly after the Hurricane had passed. They group rode out the Hurricane together despite sustained winds of 150 miles per hour and gusts of 165 miles per hour that caused unprecedented damage and destruction.

“There are two FEMA US&R teams remaining in the Puerto Rico Branch (NY-TF1 & IN-TF1) with a very small Incident Support Team contingency,” he wrote. “There was tremendous pressure to keep us all there, but many of us have gone well beyond the normal time out, and we are pretty exhausted. The military had arrived and was ramping up and conducting humanitarian and logistical missions.

“I can’t tell you in words how proud I am of our program and the team that I represent and the other Teams I was honored to work with. I am so happy to be home in an undamaged and clean home with power and able to just hug my wife and finally get some sleep.”