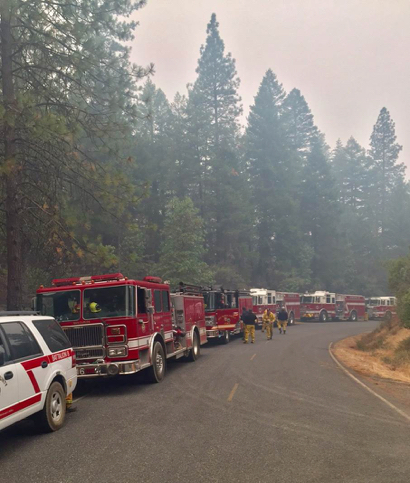 Fire Agencies from throughout San Mateo County have stepped up to send any available additional personnel and apparatus to fires in the North Bay and northern California.

“Every local fire agency is contributing absolutely everything they can to our neighbors in the North,” said Menlo Park Fire Chief Harold Schapelhouman. “We have two Fire Engines with eight personnel with an additional two Fire Line Medics in staff vehicles and members of our National Urban Search Rescue Team, specifically Human Remains Search Dog Teams. Basically, any way that we can help, or contribute, we try to fill the need.

“It’s hard not to find some one who hasn’t been directly or indirectly affected by what’s going on…So many people have had their lives turned upside down, and there’s so much left to do to just get the fires out, let alone to start the recovery process, which will take years.”