Holly Hayes returns to Menlo Park to launch her book, “From Basement to Sanctuary”

Holly Hayes returns to Menlo Park on October 27, a town where she’s experienced some of the lowest and highest points of her life. She’s back home to launch her book, From Basement to Sanctuary, a story of conversion and transformation through God and the 12-step recovery movement. The launch event takes places from 6:00 to 8:00 pm at the Allied Arts Guild (75 Arbor Rd.), and adults in the community are welcome to come, celebrate and hear her story.

At age 14, Holly [then Nugent] found herself at Menlo-Atherton High School after her parents divorced. She began what she describes as a downward trajectory that led to alcohol and drug abuse that continued — and progressed — during her college years at the Boston Conservatory of Music. 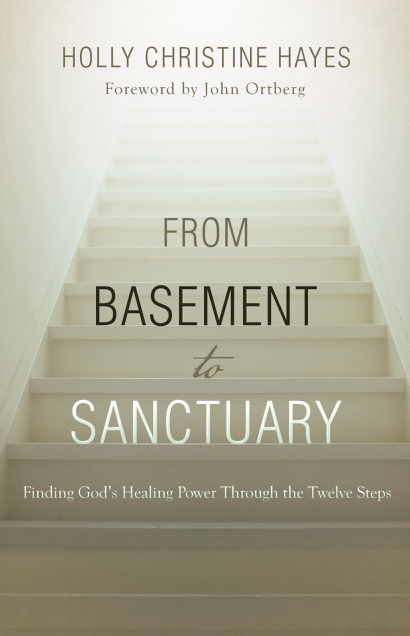 “By the time I was 21 it got to the point where I was homeless and at a physical, emotional and spiritual bottom,” she recalls. “I found myself in a stall in a public restroom. I called out ‘God help me.’ That plea led me to a recovery program, and I’ve been sober since that day. It was a miraculous recovery that happened in an instant.”

For the next almost 10 years, Holly tried to figure out who that God was who helped her in that restroom stall. “I looked everywhere for meaning and why my life had been saved. I tried everything the world said to try and listened to and read every piece of wisdom that came my way.

Finally, Holly had what she calls an “accidental encounter with the Bible,” realizing it was Jesus who was the God that saved her. That led her to start attending what was then Menlo Park Presbyterian Church [now Menlo Church], a building she remembers seeing during her teen years and whose teen members she recalls “didn’t do drugs and had a great sense of community.”

Holly ended being the volunteer coordinator for a program called Steps of Faith, a Christ-centered recovery ministry, as well as featured soloist. She’s since lived abroad where she spent a good deal of time writing her book, coupled with responsibilities as the associate director of Contemporary Worship at the American Church in Paris.

Now she’s bringing her story home to Menlo Park, taking readers on a journey through the recovery meetings that gather in church basements that can lead to the sanctuary of the church. The book gives practical tools and lessons she learned in the recovery program on how to effectively “heal our hurts, habits, sins and setbacks.”

“After living all over the world,”  she says, “There’s no place I’d rather be for the book launch than back in my hometown celebrating.”