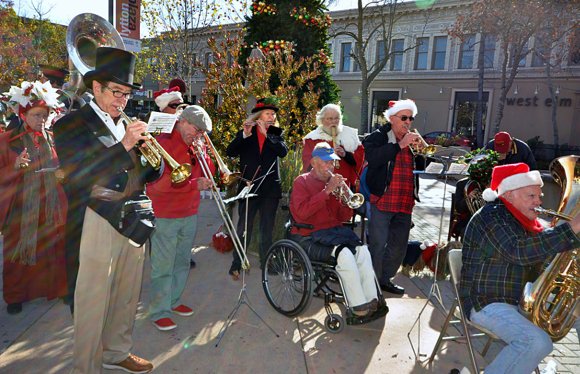 One way that people — especially children — who lost their homes during the wine country fires can get some pleasure and start rebuilding their lives is to start playing musical instruments and participate in the bands and orchestras like they did prior to the fires.

The members of the Los Trancos Woods Community Marching Band (LTWCMB) have enjoyed music and camaraderie for decades and understand how important music is in their lives. So they responded generously by donating instruments to organizations serving Santa Rosa and other cities affected by the fires. 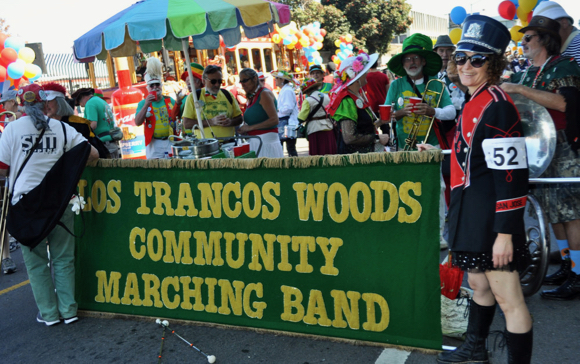 “We posted a notice on Nextdoor and had a wonderful response from our neighbors and our members in the LTWCMB to help out the students and professional musicians who had to scramble out of their homes and leave behind their instruments, and pretty much everything,” said Patter. “Many of the instruments that were consumed by the fire can’t be replaced, but I believe there shall be much healing going on with the instruments donated. Now the musicians can ’tune ‘em up and lay on’.”

LTWCMB members come from all walks of life and vary from quite young to 103 years old. A large number are Stanford grads, and most of those were in the Stanford band going back to the ‘50s. Other members were in high school bands or other college bands. However, some have never played an instrument and fill in on kazoos and the like. Members also sing along with the instrumentals, as every tune gets played, then sung, then played again.

From the beginning, the band eschewed convention. No lines or columns, every uniform different (some are very creative), no marching in step, one rehearsal per year, no auditions, no regular marching tunes, and so on. The result is a colorful group who always delights the crowds. The band is managed by two former Stanford roommates, Don Nelson and Jim Harvey.

Top photo by Chris Heider taken at the LTWCMB’s Yule Concert in 2017 at Lytton Plaza in Palo Alto; other photo taken by Chris at the Columbus Day parade last year; courtesy of LTWCMB.