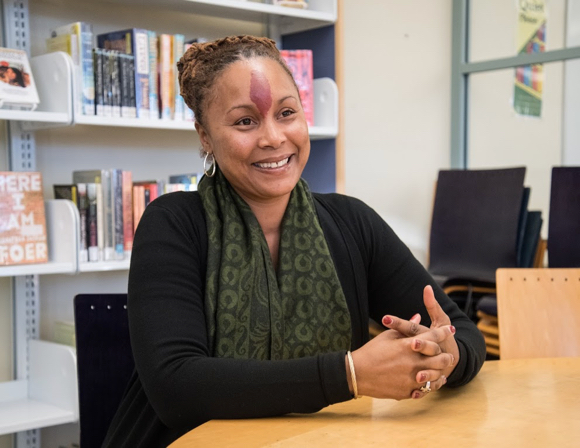 Cecilia Taylor is a third-generation resident of Menlo Park. Both her mother and grandfather have been active in the Belle Haven neighborhood where she was raised and now lives.

After living in the northern Peninsula for a number of years, she came home in 2015 and promptly ran for a Menlo Park City Council seat in 2016. While she wasn’t successful, her activism has not diminished. In the spring of last year, she founded Belle Haven Action, focusing on advocacy, oversight and support for her community.

“For me, the question has been ‘how can I be most effective and get more of my neighbors to be civilly engaged?'” she said. “At a grassroots level, how do we as citizens  assess what’s needed?

“There’s not a lot of land space here and there is a lot of development. It’s important to be thoughtful in what is built here and, to me, Jack in the Box is not one of them. It’s not that I don’t like Jack in the Box, but it’s not a necessity for the community. We need something  that replenishes the community economically.”

High on Cecilia’s list is a co-op market, owned and operated by community members. “It’s a place to work. It would provide stability and offer health benefits.”

She’s also advocating for more outreach from the local senior center around homelessness and housing along with a more inclusive educational system.

“My grandfather always said, ‘Shut up and do something,’ and that’s what I try to remind myself every day,” she said. “Belle Haven is part of Menlo Park, not ‘East Menlo Park.’ It’s all about changing the narrative.”