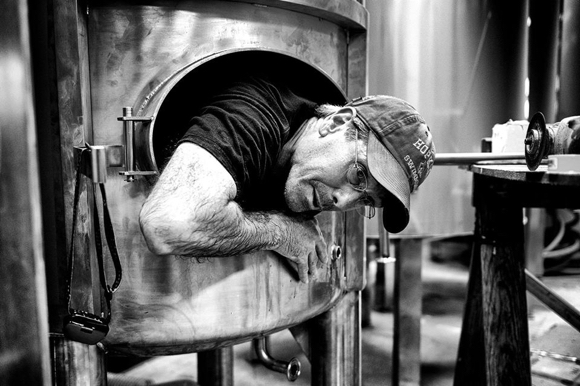 On Thursday, Feb. 22, from 6:00 to 10:00 pm, Freewheel Brewing Company will celebrate its 5th anniversary and the legacy of its founding brewer — and Menlo Park resident — Malcolm McGinnis, who passed away in September, 2016.

There will be a special bottle release of Gone Fishing. All proceeds from the sale of this release will benefit the Ravenswood Education Foundation STEM programs (something near and dear to Malcolm, who also was an avid fisherman).

The Ravenswood Education Foundation supports 2,700 students in east Menlo Park and East Palo Alto. Its mission is to ensure equitable and high quality educational opportunities for Ravenswood students by building on local strengths and engaging the entire community.

Live music will be provided by:

Photo by Irene Searles (c) 2012; more about Irene and the series of photos she took while the brewery was under construction