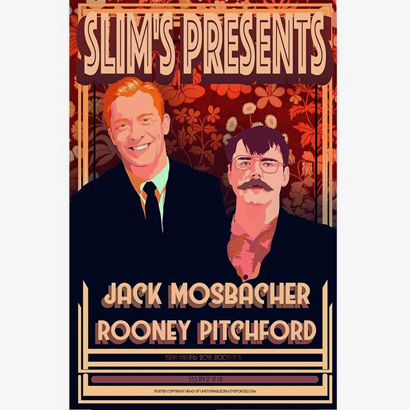 We talked to Jack in 2012 when he was working for his mentor Larry Diamond as a research assistant and covered Rooney when he released his first album in 2016.

Note: Slim’s is an all ages venue with dinner before the show an option.