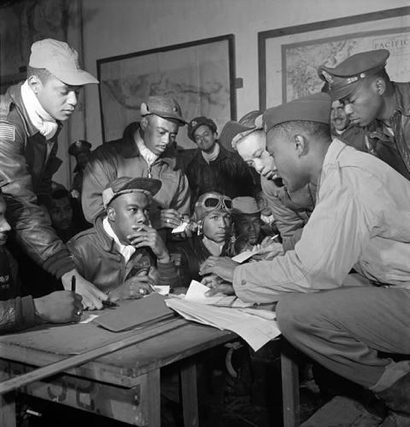 Before 1940, African-Americans were barred from flying for the U.S. military. Civil rights organizations and the black press exerted pressure that resulted in the formation of an all African-American pursuit squadron based in Tuskegee, Alabama, in 1941.

David O. Cunningham, chapter president of the Bay Area’s Tuskegee Airmen, Inc., and son of one of the original airmen, will tell us about the history and achievements of this famed group of people at the Menlo Park Library on June 12 at 6:30 pm.