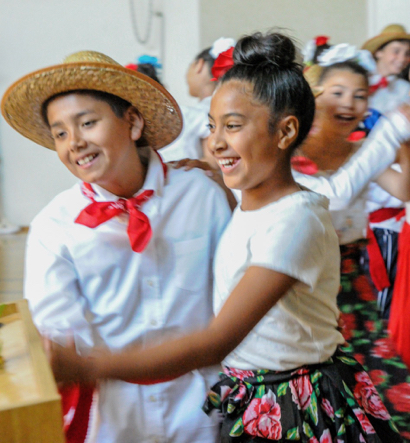 “The dance they performed was a mix of dances they’ve learned over the years since kindergarten,” explained SI teacher Aimee Oprandy-Weiss, who’s taught at the school for five years.

To complete their SI program, fifth graders did a culminating project that looked at current research both locally and internationally about the success of bi-lingual education and wrote a paper on the subject which became an interactive digital project. 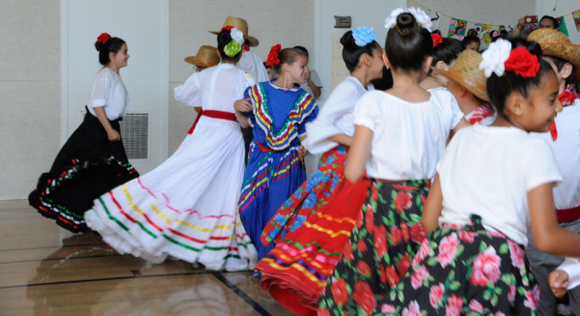 “The project is bilingual and bi-cultural,” said Aimee. “We want kids to understand history and cultures of different Spanish-speaking countries.”

Encinal’s SI program was created at the request of parents. There are openings for the 2018-19 school year, and while that’s mostly incoming kindergarten kids, children from other grades can apply as well. Contact Tami Girsky, tghirsky[at]mpcsd.com for more information.