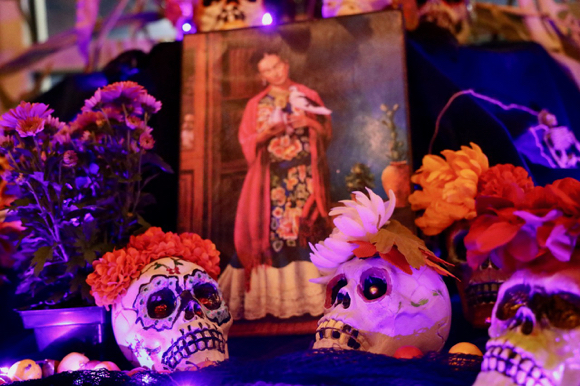 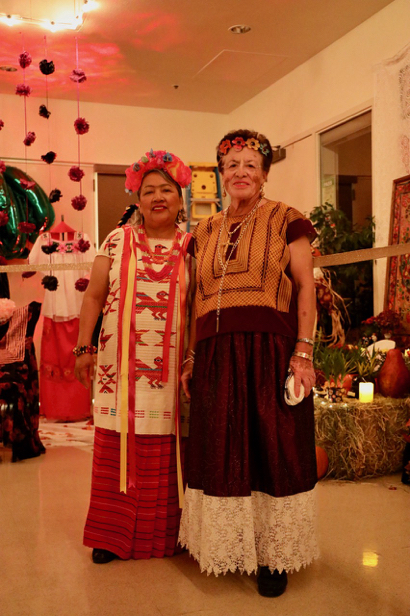 “The decorations were absolutely beautiful, papel picado on the ceiling and pictures of the deceased family members hanging on the walls. Scattered throughout were hand-painted skulls, skeletons, pumpkins, candles, and very vibrant, traditional festival wear.

“Many of the volunteers who helped serve the food and run the event were dressed up as Frida Kahlo.  There was a small band playing as well, all of them with mics and acoustic guitars singing traditional Mexican songs.” 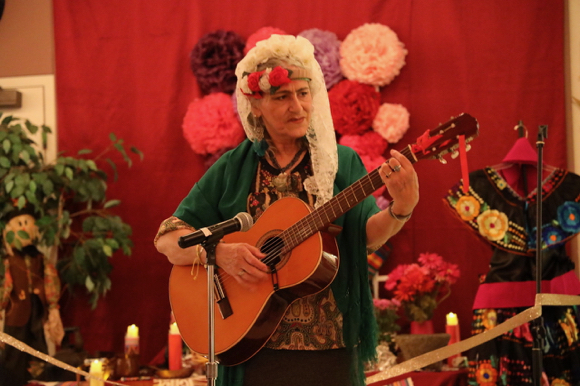 According to Wikipedia: “The Day of the Dead (Spanish: Día de Muertos) is a Mexican holiday celebrated throughout Mexico, in particular the Central and South regions, and by people of Mexican heritage elsewhere. The multi-day holiday focuses on gatherings of family and friends to pray for and remember friends and family members who have died, and help support their spiritual journey.” 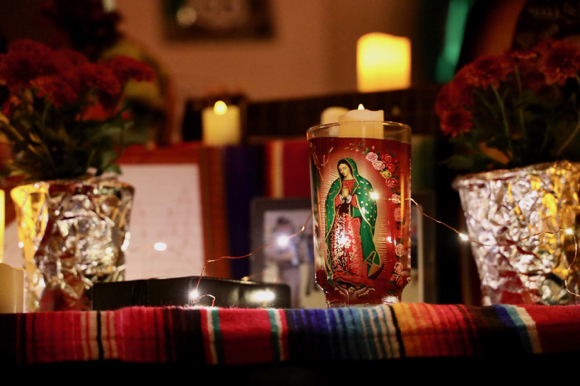