Opinion: What Atherton needs to do to avoid a fire disaster 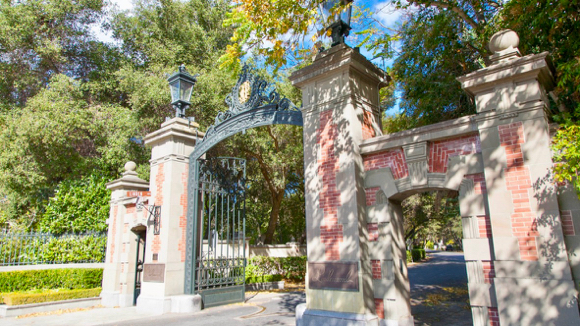 When Atherton approved, many years ago, the subdivision of the Flood Estate into the individual properties that now constitute Lindenwood a serious error was made. That subdivision approval did not include any emergency egress or access on either the North side or the East side of Lindenwood.

In the intervening years the fuel load, the number of homes (many with wood shake roofs) and the total Lindenwood population have all increased dramatically.

During that same time climate change has significantly increased the number of days each year when high fire danger occurs in this area. The number of very large wind driven fires in 2017-18 in Northern California is unprecedented as is the number of lives, homes, and acres lost. We now are having these devastating fires even in November. We ignore the lessons of Coffey Park and Paradise at our peril.

The seven egress/access streets on the South and West sides are inadequate to accommodate timely egress of the Lindenwood population while also permitting access for first responders. In the event of a wind-driven fire, the current configuration of Lindenwood access and egress points is grossly inadequate.

Should such a fire originate at M-A or on Middlefield or Ravenswood many of the Lindenwood residents would be trapped with no way out. 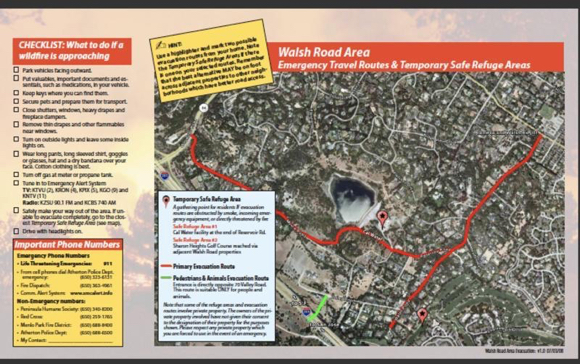 I believe that the Town has a moral and legal obligation to:

1 – Notify the Lindenwood community of this existing significant hazard,

2 – Immediately develop and distribute a Fire Evacuation Plan (as we concerned citizens did in 2008 for Walsh Road – see photo above) for the current egress/access configuration of Lindenwood,

4  – Install those emergency egress/access points before the 2019 fire season.

InMenlo talked with long-time Lindenwood resident Peter Carpenter about earthquake preparedness in 2017. Boards that he is currently serving on include the Fire Board and Veterans and Family Advisor Board, among others.