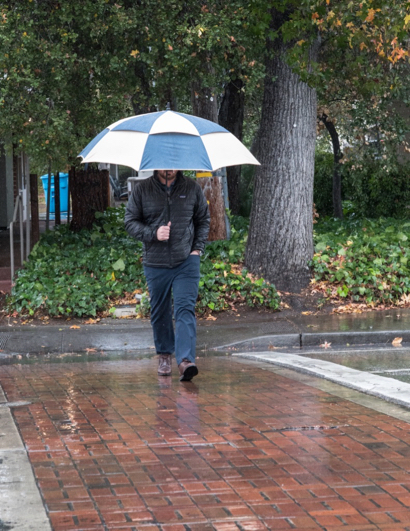 At the very least, it appears that umbrellas should stay in the ready over the next 24 hours, as showers will continue with a possibility of thunderstorms and hail – and even snow on nearby peaks, according to the National Weather Service.

About the rainfall, Sally and Bill Russ report: “Including .15” from a late measurement yesterday (Sunday) and .5” this Monday morning, the season to date is now 11.25”.”

The last significant snow at sea level in the Bay Area was in 1976, although there were a few flurries in 2011. But the local peaks often get at least one dusting every winter.