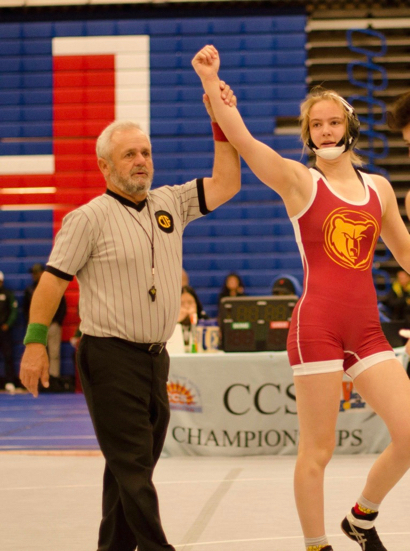 Menlo-Atherton High School senior Lauren McDonnell is the female recipient of the prestigious “2018-2019 Winter California Interscholastic Federation (CIF) Spirit of Sport Award.”  The award, which recognizes student-athletes who have demonstrated the 16 principles of “Pursuing Victory with Honor” and exemplary sportsmanship, school and community service, and leadership, comes with a $1,000 scholarship.

Lauren is the co-founder and three-year captain of Menlo-Atherton High School’s first girls wrestling team. The team, which has grown from one member four years ago to 25 girls this year, has won the Central Coast Section title for three straight years, a feat not achieved by any M-A sports team in the last 25 years, and recently placed second at the California State Wrestling Tournament. Individually, Lauren has placed 1st in the CCS twice, placed 5th in California in 2018, and is ranked 17th nationally. At the CCS tournament in 2018, she was recognized as the “Wrestler of the Meet” for great individual sportsmanship and ability. 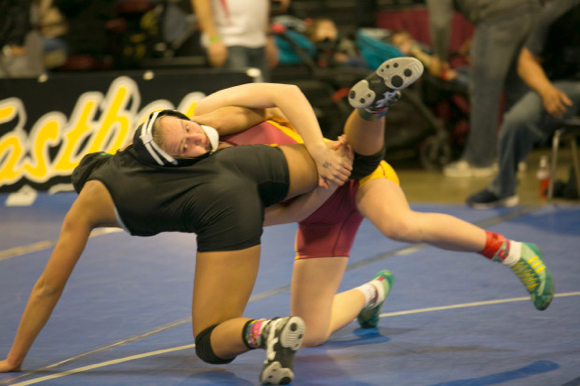 In addition, Lauren has been involved in a variety of community services activities. She has led the M-A Chapter of buildOn, a global non-profit, as its President for the past two years. She and her buildOn team have raised over $100,000 to fund and build three schools over the last three years, and have traveled to Senegal and Haiti to work with the local communities to build the schools. 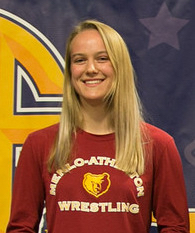 In 2016, Lauren co-founded a non-profit organization, the Menlo-Atherton Wrestling Education Corporation, to support local wrestling programs and education for high school and middle school students. To date, the non-profit has raised over $20,000 to support those programs.

As a member of M-A’s Debate Team, which is ranked 1st in the National Parliamentary Debate League, Lauren and her debate partner are ranked 33rd nationally.

She is also a National Merit Scholar Finalist and Menlo-Atherton High School’s recipient of the Williams College Book Award for intellectual leadership and making a significant contribution to the school’s extracurricular life.

During the summers, Lauren loves outdoor adventures and has gone on two Outward Bound trips backpacking through the Colorado Rockies and portaging canoes through the Maine Appalachian mountains.

In college, Lauren intends to study behavioral economics, econometrics, and philosophy. She thanks her coaches, especially Coach Phil Hoang, as well as her family, team, teachers, and the M-A Athletic Directors and Administration for all their support and dedication over the years.