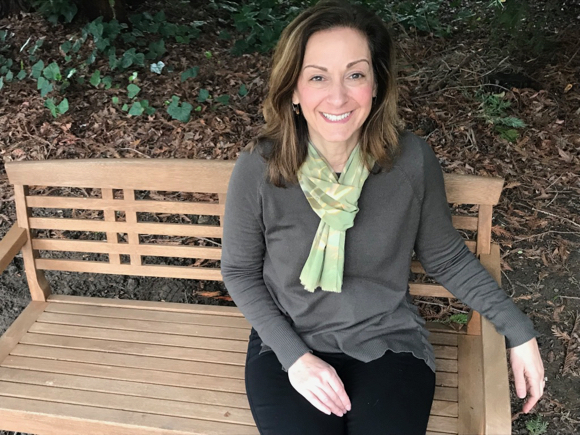 Menlo Park resident Nicole Kemeny has a long history as an activist/advocate, initially around affordable housing and lending discrimination when she lived in Chicago.

Now as president of 350 Silicon Valley, she is taking on “Oily Wells” in an effort to have Wells Fargo Bank be the first major bank in the U.S. to go fossil free and “stop funding climate chaos.” 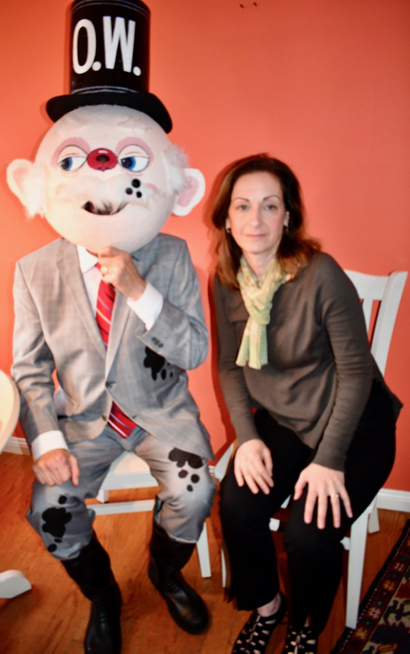 Like many others, Nicole first became concerned about climate change after reading Al Gore’s book, An Inconvenient Truth. While her children were in preschool, she volunteered for the Sierra Club.

For the past five years, she’s led 350 Silicon Valley as its President; Vice President Stew Plock is the good sport who portrays Oily Wells, pictured right). The non-profit’s next effort is a March for Fossil Fuel Freedom, which it is organizing with other non-profit, faith and grass-roots groups. It will take place this weekend, March 16-18, from Palo Alto to San Francisco.

There will be 12 “stagecoach stops” along the way — one for each year that remains to take  action on climate change. It will end at the bank’s world headquarters during its annual founding day celebration.

“The March is the result of a conference we held last summer where we brought together leading organizations involved in bringing more attention to climate change and its consequences,” Nicole said. “Our consensus was that the climate movement was going too slowly. We wanted to intensify the action to align with the emergency.

“It’s time for collective action. Individual action — things we can all do at home like washing clothes in cold water — is very good but isn’t enough. We need to let our political leaders know in strong terms what we want them to do.”

People are welcome to do as much or as little of the march as they can. “Young people are particularly encouraged to take part as this is really a young person’s issue,” said Nicole. “They are the ones who will be affected if we don’t do something about climate change now.”

The march will go through Menlo Park on the 16th around 9:00 am (starting from the Stanford Shopping Center at 8:30 am) You can learn more, including how to register or sponsor a marcher, online.