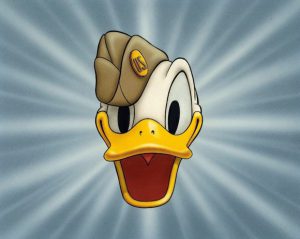 Educator Shawn Carrera from the Walt Disney Family Museum will talk about the films Walt Disney produced for the government during World War II on Monday, April 8, from 7:00 to 8:00 pm at the Menlo Park Library.

Emphasis will be placed on Disney shorts and films made for the war effort, the occupation of the Disney Studio by the military, and Walt Disney’s goodwill tour in South America.

Located in the Presidio of San Francisco, the Walt Disney Family Museum is a 501(c)(3) nonprofit organization that features contemporary, interactive galleries with state-of-the-art exhibits narrated in Walt Disney’s own voice alongside early drawings, cartoons, films, music, a model of Disneyland, and more. WDFM serves Bay Area communities through a wide range of education and outreach programming.