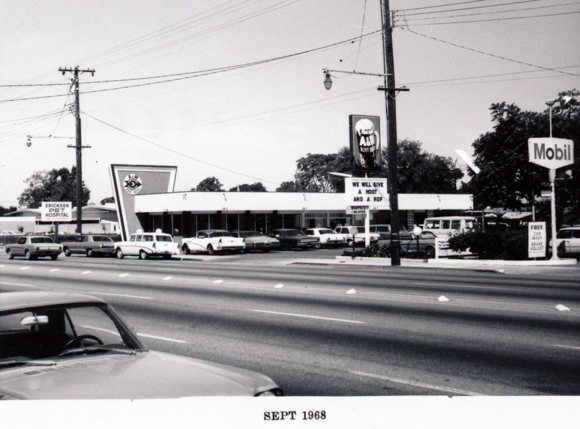 The great article on A&W Root Beer turning 100 years old in Sunday’s San Francisco Chronicle brought back good memories of not only visiting the Lodi landmark restaurant over the years, but also the time in the ’60s and ’70s when A&W was one of  two “go-to” places (the other being Foster’s Freeze) for local teens as well as families. 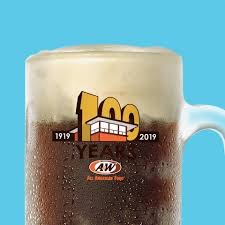 Our good friend Alice was an A&W car hop there and whether that ever afforded us special deals is a lost  memory.

Menlo’s A&W was located where the now-shuttered Jason’s Cafe is. Before Jason’s it was Brix Barbecue — and maybe other restaurants were sandwiched in the years between the root beer restaurant and successive establishments. Does anyone know?

The Menlo Park A&W was owned and opened by Raymond Bartels and Lyle Blaine, who had 22 other A&Ws. Were you a Papa, Momma or Baby Burger fan? And has any soft drink tasted better than A&W in those frosty mugs? 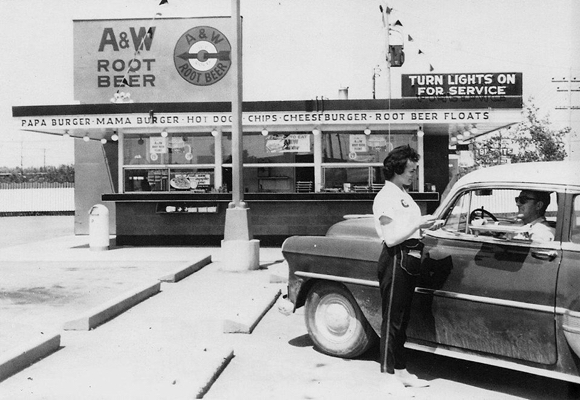 Before Brix BBQ I am pretty sure it was a Clarke’s Burger in Menlo Park.
http://www.clarkes.com/

I used to work there when I was going to CSM. Flipping burgers at A&W was my first real job. Used to swap paper hats with friends at other burger joints and wear them to work. My boss threatened to replace me with a human. Fun times.

That was such a fun job. I’ve wondered if any of us remember one another? Just noticed one person who commented this year. What was your maiden name?

I worked at A&W around 1965/66 when the Menlo franchise was owned by Bartels and Blaine. Good part-time job while in high school. Started as a counter girl and then worked as a carhop. Black stretch pants, A&W shirt and an A&W head band! Good burgers and great root beer floats. Wish the real chain still existed.