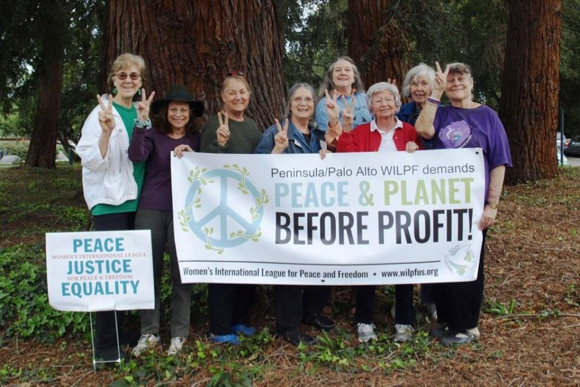 The Women’s International League for Peace and Freedom (WILPF) will be hosting it regular Friday vigil/demonstration this Friday, June 7, noon to 1:00 pm in Palo Alto at the corner of El Camino and Embarcadero.

“Our special focus will be to commemorate National Gun Violence Awareness Day,” said organizer   Judy Adams.  “We will have signs to share on gun violence, in addition to our regular options for peace and justice issues, or feel free to bring your own signs against gun violence and for tighter regulations for gun ownership, especially for automatic weapons.”

“Please wear or carry something orange on Friday.”

Orange is the color that Hadiya Pendleton’s friends wore in her honor when she was shot and killed in Chicago at the age of 15 — just one week after performing at President Obama’s 2nd inaugural parade in 2013. After her death, they asked us to stand up, speak out, and Wear Orange to raise awareness about gun violence.