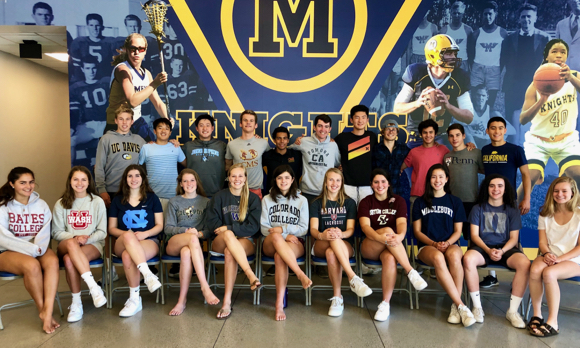 Thirty Menlo School student-athletes will be continuing their studies and athletic careers in college. The 30 — the most in Knights history — will be headed to 27 schools around the nation and representing 15 sports.

Seven athletes signed national letters of intent in the fall, and 16 additional athletes announced their early-decision commitment, as reported earlier this year. These athletes not only showed exceptional skill and hard work on the playing field, but also demonstrated excellence in the classroom as 14 teams were named CCS Scholastic Team top five.