Ari Rosenschein returns to boyhood haunt, Kepler’s, to take part in “Story is the Thing” 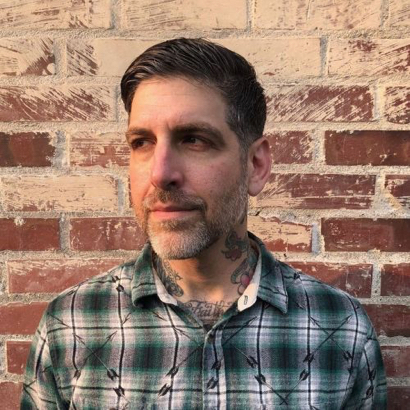 What better way to kick off the summer than listening to a group of emerging voices and established writers at Kepler’s? The bookstore’s quarterly Story is the Thing event will take place on Thursday, June 20, and feature among the authors, Ari Rosenschein, who grew up reading paperbacks sprawled on the bookstore’s floor.

“That was when it was still on the west side of El Camino, a few blocks  from its current location at Menlo Center,” the author — and musician — recalls. “To me, bookstores are magical places.”

Ari is a lifelong musician, and he continues to perform with his bands The Royal Oui and STAHV.

Indeed the book he will be reading from — Coasting — is a collection of short stories that follow music-industry aspirants, a brooding record store clerk, goth teens, and others into rehearsal rooms, 12-step meetings, a cult indoctrination, even a Russian heavy metal bunker.

“They are interconnected short stories,” he explains. “Characters reappear from one story to another at different times in their lives.”

While Ari wrote a bit of rock criticism over the years, he focused mostly on his music. Around the time he turned 40, he slowly but steadily was drawn to the idea of making writing a primary focus.

“I started writing non-fiction,” he said. “But then I went back to school and got an MFA from Antioch. It was then that I realized while I had always feared writing fiction, it was also something I loved doing.

“It is sort of like another act for me. My wife and I still write songs together. But most of what I write now is fiction.”

A fun footnote to Ari’s first published work of fiction: Local man of many talents, including author, Eugene Robinson, who Ari first met as a teen hanging out at Eugene’s record store at the time, contributed a blurb for the book, writing: “Ari Rosenschein’s Coasting is not only quick, it’s quick-witted and razor sharp and not without its fair share of knowing nods and chuckles at the ridiculousness of, in general, the lives we lead when we’re trying to convince ourselves of their greater significance. A must-read.”

Tickets for Story is the Thing are $12 and available in advance online.