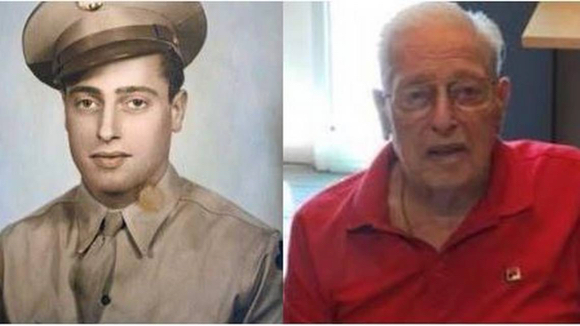 Dimperio is originally from Hoboken, New Jersey. He served in Italy during the war and went on to work for the United States Postal Service.

“Tom Dimperio is a real-life hero – he put everything on the line to protect our country during World War Two – and he has the scars to prove it,” said Rep. Harder. “He did his part – now it’s time for us to do ours – I encourage everyone who hears about this story to make a small but meaningful gesture to honor Tom on his birthday. Please consider sending him a well-deserved 100th birthday card.”

In 1942, Army Staff Sergeant Tom Dimperio went to Camp Gruber, Oklahoma, for basic training and was ultimately assigned to the 88th Infantry Division. He continued training in North Africa and was sent to Naples, Italy in 1944.

Dimperio was injured twice during the war – first when a mortar shell exploded near him, shooting pieces of shrapnel throughout his body. He was injured a second time in Northern Italy, where he was struck by Nazi machine gun fire and artillery shrapnel. He owes his life to a pile of manure, which he crawled behind while being shot at.

Then and now photos courtesy of Rep. Josh Harder

Our dad and uncle both served in the 88th during World War ll.
Happy Birthday, God bless you, and Thank you for your service!