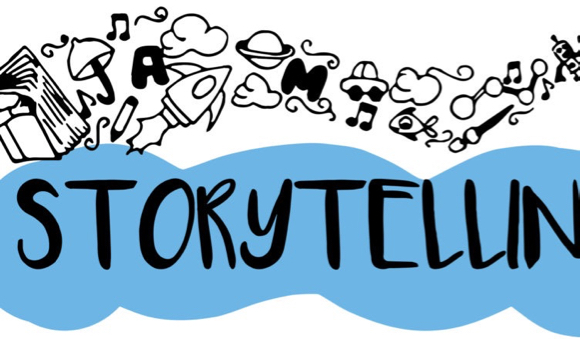 The Menlo Park Library’s 4th annual Storytelling Festival will bring together professional tellers from around the state, the country, and the globe, sharing their talents over the course of nine different events, all free to attend.

The festival will kick off on September 7 at 11:00 am with “StoryFest,” featuring two hours of storytelling from a variety of local professional storytellers, as well as talented youth. The free all-ages event is the first of its kind at the library since the festival’s origination in 2016.

In the weeks following StoryFest, there will be several single-teller events. From Southern California comes Michael Katz, a first-timer to the festival. Katz, who the Los Angeles Times has called “a versatile performer and wonderful storyteller,” has appeared at the Getty Center and the Disney Concert Hall.

Also from Southern California is beloved storyteller Michael D. McCarty, who will in fact not be visiting Menlo Park at all, at least not in person. The award-winning film on his life, “Belonging in the USA: The Story of Michael D. McCarty,” will be shown, followed by a video conference allowing library visitors to talk to McCarty about his illustrious past as a Black Panther Party member, soldier, and ashram devotee (among other things).

One more first-timer to the festival is St. Louis-based Bobby Norfolk, an Emmy winner well-known worldwide for his high-energy performances, lively animation, and sound effects. His “Tales of Mystery and Suspense” promise plenty of “jump” scares.

Visiting the library from her home in Seoul, South Korea, will be Seung Ah Kim, a first-timer at the festival, but sharing her talents at the library for the second time on her “K-Storytelling” world tour. She will be sharing the classical Korean tale of “Bari, the Abandoned Princess,” just for adults and teens.

While some of the performances will be family-friendly, others will be geared toward adults and teens. A performance has been slated for every Wednesday evening at the Main Library, with other events taking place on select afternoons at the Main Library and the Belle Haven Branch. The full schedule is available online.

The events are free, thanks to funding support from the Friends of the Menlo Park Library.